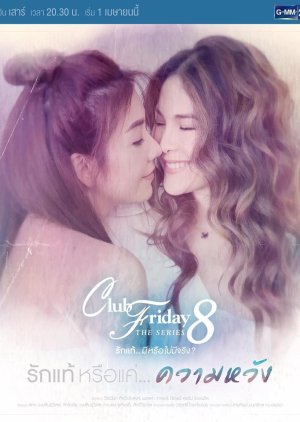 A female fashion designer falls for model Kate, who marries a mutual male friend in order to get pregnant. But will Kate return to her as promised? (Source: Netflix) Edit Translation 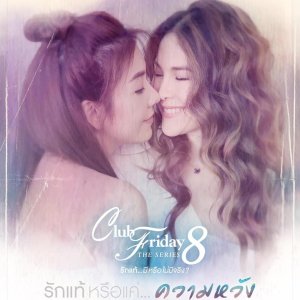 This was one of the worst dramas I've ever had the misfortune of watching.

The glaring biphobia that the show didn't bother to address, let alone correct, in the form of Cee not being sure if Kate wants to have a relationship with a woman because she used to date a man. Cee being controlling and insecure whenever Kate so much as interacts with a man because she's a Controlling/Abusive Lesbian TM and of course, Kate is 100% going to cheat on her because Kate is a Promiscuous Bisexual TM.

Cee knew that Kate wanted to have kids early on in their friendship. Cee knew that Kate broke up with her ex-boyfriend because he didn't want kids and she did. But for some reason (internalized homophobia that is, again, never addressed), Cee thought that Kate wouldn't want kids if she were dating a woman. Lol. (Also, Cee thinking that same-gender couples can't have/raise kids because, "Who would be the mom and who would be the dad??" That's a direct quote!!!)

As if that wasn't bad enough, Kate ends up marrying the dude and Cee is her maid of honour, while clearly still being in love with her. No thanks.

tl;dr do yourself a favour and don't bother watching this.

New Topic
Be the first to create a discussion for Club Friday The Series 8: True Love…or Hope