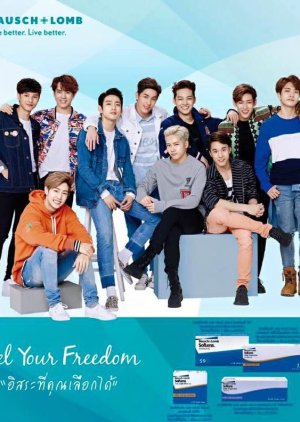 Bambam is a new student who transferred over from Thailand to Korea. He can only speak a bit of english and seems to be bullied. He meets three Thai students who help him fight back. A Thai commercial about contacts. Edit Translation 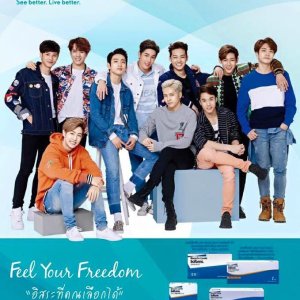 Completed
pktljames
2 people found this review helpful
Other reviews by this user
0
Jan 2, 2019
1 of 1 episodes seen
Completed 0
Overall 6.5
Story 6.0
Acting/Cast 7.5
Music 8.0
Rewatch Value 6.0
Basically this is a long commercial for contacts...though if you didn't know that ahead of time, you might not realize it. It also showcases three members of Got7: BamBam, JinYoung, and Mark.

There is a plot, but not much of one. But then, it's only 16 minutes long, so there isn't much time for a plot. BamBam is the lead in the show, but JinYoung is the one you can't take your eyes off of. He plays the leader of a gang and his acting is spot on...downright scary in his last scene. Mark's character is probably the one you most empathize with in the show. BamBam, even though he was the lead and in nearly every scene, he simply wasn't given much to do except narrate, so it's hard to rate his acting. The other 3 main lead guys do a great job and I hope to see them in other things, but at this point I am unfamiliar with them.

It's a quick watch and if you are a fan of Got7, you will enjoy it.

Completed
reddrogue
1 people found this review helpful
Other reviews by this user
0
Jul 26, 2019
1 of 1 episodes seen
Completed 0
Overall 7.5
Story 7.0
Acting/Cast 9.5
Music 5.5
Rewatch Value 5.5
Great acting from all the actors and Got7 members! I'd love to see Bam Bam in particular in more acting roles - not just because he's beautiful, but because he's good at it! (^_^) Jin Young is terrifyingly convincing in his role as a gang leader who truly enjoys brutality (which only makes the dark side of me want to see him in more similar roles). This story should have been longer, though, for a more complete development; an additional 15 minutes would have probably been enough, since it's supposed to be a short story (edit: it's actually supposed to be a commercial, but since it's presented like a story, they should treat it fully, no?). That's why I had to give it only a 7.5. I liked it, but we kind of get left hanging at the end and have to wonder how things turned out as it is not entirely clear. But still fun to watch, because you know, GOT7. (^_^)

New Topic
Be the first to create a discussion for Sanctuary