Yoo Ah In and directors advised Park So Dam against plastic surgery, which was something she had no plans for anyway! This talented actress has appeared in three hit films of last year: The Priests, The Throne, and Veteran. In the latter two, she performed with Yoo. Is it just us, or does she look a bit like Cheese In The Trap’s Kim Go Eun? (image via)

You probably knew that they’ve been friends since middle school. But did you know the extent of it? In 2006, while on a road trip, they got into a tragic accident where a truck had crashed into their car. The truck driver and passenger were found dead on site.

Jung Il Woo fractured his wrist and suffered from a mild case of concussion. He didn’t finish rehab to film Unstoppable High Kick. Lee Min Ho broke his thighbone and ankle, and spent the next 7 months hospitalized. Since the injuries were so severe, they are exempted from the compulsory military service.

3. Ahn Jae Hyun is such a gentleman

On Super Model Korea, season 3, he picked model Choi Han Bit, who was a trans woman. When asked about his partner during an interview with the producers, he simply said, “I knew she was a trans woman. She’s a woman. I could see that she works hard, too. I hope we do well.”

4. Jung Il Woo’s most memorable kiss scene was with Lee Yo Won

For his best on-screen kiss, Jung Il Woo picked the one with Lee Yo Wo, who also happens to be Kim Rae Won’s first love! In the same interview, he added that he liked filming drinking scenes with Uee. (image via)

5. CNBLUE’s Lee Jung Shin is nicknamed as the “happy virus” of the band

Can you tell why? We think his bowtie says it all!

6. Choi Min almost appeared on My Love From Another Star

His sudden injury led him to resign. Eventually, the role of the youngest son of the S&C conglomerate group went to Park Hae Jin. (image via)

They got so close on the filming set that they planned an international vacation together, which eventually fell through. Kim Soo Hyun said in an interview that, even after the drama’s finale, he still keeps in touch with the two men. (image via)

This quiet but funny Apink member has been seen rocking many all-black outfits!

As a jewelry designer, he had ideas about putting his pieces on Jeon Ji Hyun's hands, and almost sold jewelry with her!

She used to wear glasses but, thanks to implantable contact lenses, she no longer wears them. (image via)

11. Jung Il Woo is catholic, and his baptismal name is Peter

A picture is worth a thousand words (his images via)

He’s proud of his modeling career, and has mentioned several times that he wants to continue modeling while acting. Also, he’s a pro who monitors his weight 24/7. He’s shared his diet, which consisted of mostly tomatoes!

Don't forget to vote for your favorite Knight of the week based on episodes 3 & 4!

Which fact surprised you the most? Tell us in the comments below!

This article was written by DramaFever.com. We will be posting a small number of their articles per month. 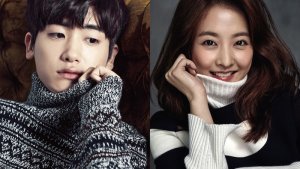 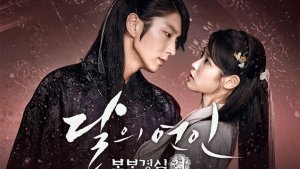 What are the real age differences between the Scarlet Heart: Ryeo cast members? 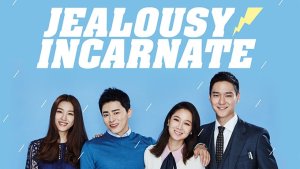