Takei Emi Is Pregnant and Getting Married!

Takei Emi, the famous Japanese actress and TAKAHIRO, the member of the popular group EXILE, announced on September 1 that they are going to get married. The exact date has not been announced yet.

Emi is currently 3 months pregnant, she will give birth next spring.

Emi is famous for her roles in Asuko March, Age Harassment and W no Higeki. She and Takahiro starred together in Detective Designated for Assignment. Apparently they started dating around that time.

It is still unknown whether Emi will go into hiatus after giving birth or not; however, this unexpected marriage announcement has already started affecting her career because a sudden marriage/pregnancy/divorce can be seen as a breach of contract in most Asian countries. Emi is currently appearing in 10 CMs and it has been revealed that her agency "is negotiating penalties for breach of contract which might reach up to 1 billion yen in total." It is also unknown whether she will appear in the sequel of Fragile. She is also supposed to star in Ima kara Anata wo Kyouhaku Shimasu this fall; however, NTV is going to shift the story focus from her to her co-star instead. 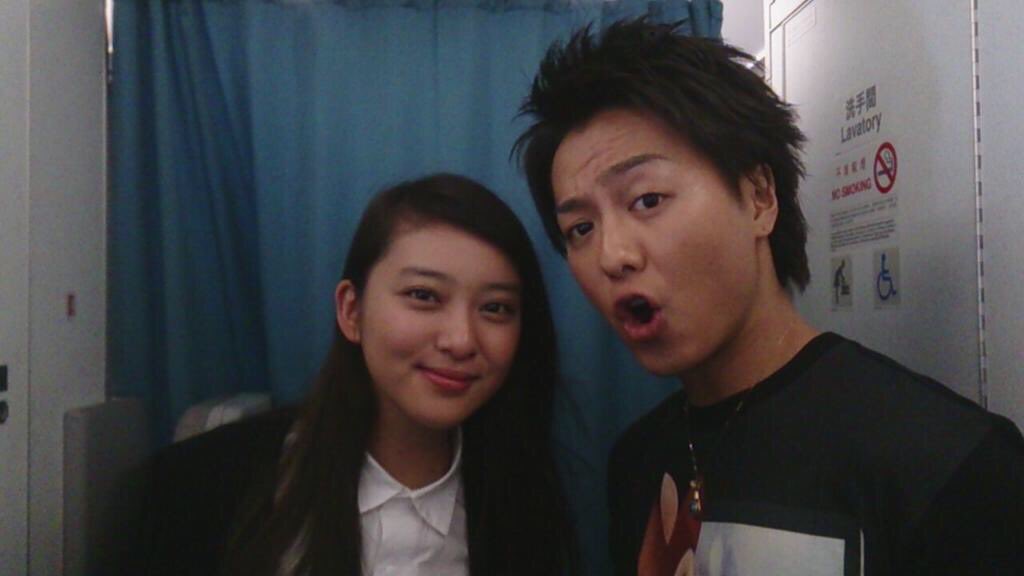 The following quote is taken from the HuffPost article:

It’s not just perceived antisocial behavior that’s punished. Five years after they married against the wishes of their respective management companies, actress Meisa Kuroki and former idol Jin Akanishi are still paying off combined iyakukin (damages) worth more than ¥1 billion. Their situation is mirrored more recently in the case of actress Emi Takei. On Sept. 1, Takei announced her marriage to singer Takahiro of the R&B collective Exile, and that they are expecting a baby next spring. This “happy news” was colored by tabloid reports that said Takei’s management, Oscar Promotion, was making her pay ¥1 billion in iyakukin. Though the marriage falls under the dekichatta-kon (unexpected pregnancy) category, it is still a marriage and thus not inappropriate by media standards.

The Huffington Post asked a lawyer who works for the Japan Entertainers’ Rights Association why Takei has to pay so much. She currently appears in number of commercials, but none it seems need to be pulled because of her marriage and pregnancy. The lawyer says celebrity contracts usually contain “image clauses,” but each client decides what constitutes an undesirable change in image. That’s why so many management companies forbid young idols from dating or getting married.

Takei is 23 and successful enough to call her own shots in terms of fees, but clients will use any excuse to take advantage of a situation and reduce their expenses. More to the point, Oscar Promotion may be looking to the future — Takei will be out of commission at least until her baby is born — and is essentially charging her for potential lost sales. Obviously, the more you’re worth, the greater the loss in such a situation. And Takei knows if she objects to the fine and quits her Oscar Promotion she’ll be effectively out of show business, because no other management company will take her on.

A vice president at Oscar Promotion told News Post Seven that there are no strict rules regarding ages for female celebrities, but “if they want to be stars” they have to work until about age 25 with no distractions such as boyfriends.

“You can’t have everything,” he said. “Show business isn’t that easy.”

Congratulations to the couple!