Hello, everyone! This is my first review about movies that I highly recommend for watching on weekends (or whenever you have free time). All three of these movies have a lot of mixed (good) feelings, but in the end, all of them will make you think about life in different ways. 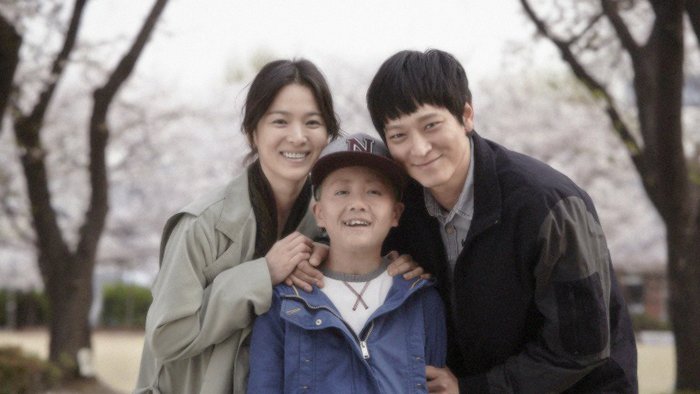 My Palpitating Life tells the story of Ah Reum (Jo Sung Mok), who was born with Progeria Syndrome (Progeria Syndrome is a rare genetic condition characterized by an appearance of accelerated aging in children). He is a really sweet boy who loves reading and writing his own stories. He always tries to live his life the best way he can. Mi Ra (Song Hye Kyo) and Dae Soo (Kang Dong Won) became parents at 17 years old and have to deal with the social and family problems that come with an early pregnancy.

If you're a fan of Kang Dong Won's acting, then you will love this movie. We see a side of him that is so pure that you will wish that every man in this world were like him. After watching, you will think about life and how sad it is for people who actually have Progeria and also their parents who have to deal with it. I like these kinds of movies (for personal reasons too) that talk about disabilities and syndromes. Prepare your tissues, because you may shed a few tears at the end.

My tags for this movie: drama, a little bit of comedy, lovely moments that will melt your heart, sad, but realistic moments. 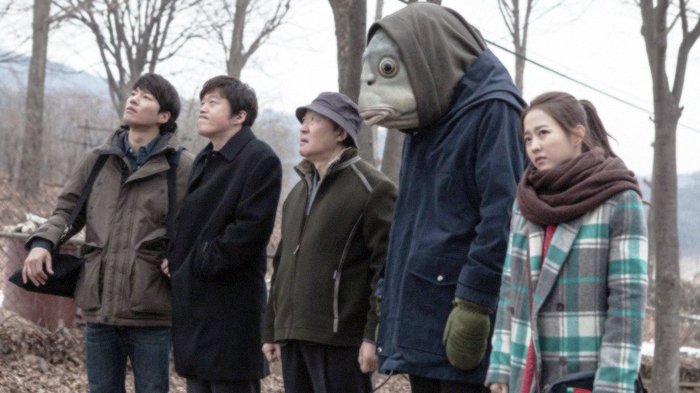 Collective Invention tells the story of Park Gu (Lee Kwang Soo) and how he turns into a man-fish after taking an experimental drug that goes very wrong. Park Bo Young is also in the cast, playing Ju Jin, who is the Fish-Man's "girlfriend". In the beginning, you think she is more like an enemy than a friend because she treats Park Gu so badly, but Ju Jin has her reasons, even if we don't agree at all.

At first, I didn't think I'd like this movie based on the synopsis, but when I gave the movie a chance, I really loved it from beginning to end. This movie is so smart and makes you think about life and leaves you with questions like, "how can you be yourself in a society that does not accept you for who you are?" Park Gu was a loser when he has human - nobody paid attention to him. But when he became Fish-Man, everybody only had eyes for him (both in bad and good ways). People started to talk about him, a few became fans, and others hated him.

Collective Invention really left an impact on my life after I watched it, and I hope many people will watch it without thinking too much about the synopsis and the fish-theme-thing. It was a great metaphor to show what being excluded feels like.

My tags for this movie: unrealistic, but very realistic, relatable, worth watching. 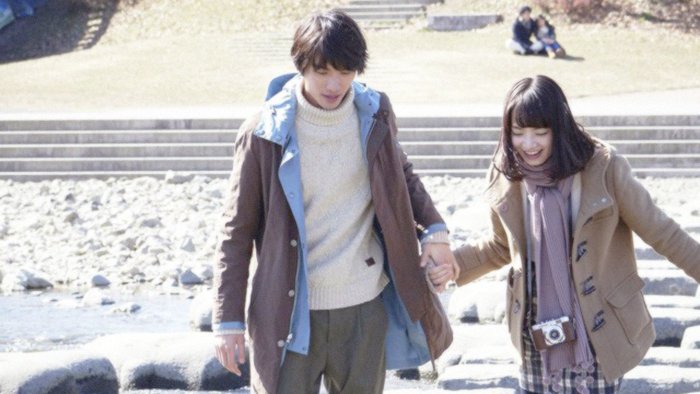 "Takatoshi Minamiyama, a visual arts undergraduate and satirist in Kyoto, falls in love at first sight with Emi Fukuju while boarding a train for college. After awkwardly introducing themselves, the two promise to meet again in the following days." This is my favourite Japanese movie by far. It's so sweet and sad, but I guarantee you will fall in love with Emi Fukuju.

It's really hard to talk about it without giving spoilers... When I first found this movie, I was like "what a confusing title!" but in the middle of the story, I changed my mind about it being confusing... instead, I realized the title was brilliant. It's the perfect example of things that are already in your face, but you can only see it when you are told the message and plot directly. I'm a big fan of plot twists and confusing stories that make me question everything that gets explained in the end. Tomorrow I Will Date With Yesterday's You traps you in this lovely romance and leaves you with the desire to watch it over and over again.

My tags for this movie: simply, lovely romance, makes you want Emi Fukuju and her cute camera in your life.

I hope my little review will make you want to watch and give love to these amazing and beautiful movies.

If you already watched one (or all) of those, let me know your opinion about them!