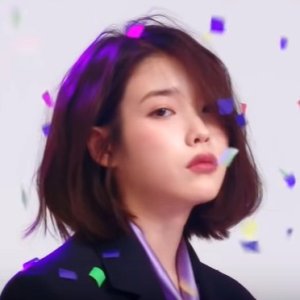 Completed
Uncontrollably Fond
1 people found this review helpful
by sweetpotato
1
8 days ago
20 of 20 episodes seen
Completed 1
Overall 7.5
Story 7.5
Acting/Cast 7.0
Music 7.5
Rewatch Value 7.5
This review may contain spoilers
Uncontrollably fond was one of the first kdramas that I watched so it will always hold a special place in my heart.
The drama was good but it had some negatives points as well.

The story was touching and tragic, seeing Shin Joon Yeong struggling with such a horrible progressive disease was extremely sad. The fact he chose to keep it for himself as a secret to not hurt his family and friends while everybody was judging him was heartbroken. The relationship that he had with his mother was very unhappy, the fact that she didn't accept him as a son just because he had to follow a different path in his life instead of to become a prosecutor was pretty depressed. The scene that she refused to give him food left me without words... What kind of mother does this type of thing? All those things made the whole situation more difficult for him. He suffered alone with no support at all.

Most of the characters were interesting to watch, I could see the development of Noh Eul along with the episodes. I love how hard work, positive and independent she was.

The romance between the leads was very lovely and cute but I didn't feel that they had strong chemistry as I've seen with other kdramas couples but their relationship was very beautiful.

All the actors were good but I had a little problem with Suzy as Noh Eul this time, - don't get me wrong- I love her but... I felt that she wasn't the right person for this role... I think that Kim Go-eun would have done better work as a Noh Eul. But that's my particular opinion. I've read some opinions about this drama and most of the people seem to be satisfied with Suzy.

The OST was very good and all the songs are enjoyable to listen to and I loved it when they played New Empire (they are one of my favorites Australian bands ) and now, every time that I listen to the song ‘’ A little braver ‘’ I remember how Joon Yeong’s was brave and strong.

All in all, the drama was a mix of sad and happy moments, I enjoyed watching it but I don't think I'm able to rewatch- I don't usually like to rewatch sad things- but as I've said... this drama was beautiful.
Was this review helpful to you?