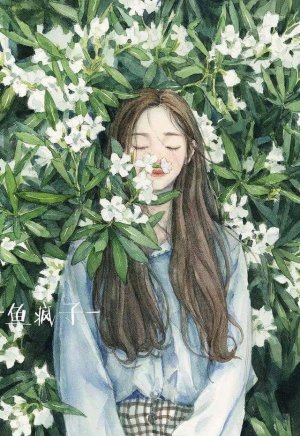 A Diary that Changed the Lives of Three People (and more)

A pushover employee. A police officer. A psychopath. Their lives become intertwined by a little diary. As dark as it may sound, the idea of turning their story into a something the viewers can laugh at was quite unexpected and somehow brave.

I have came across promotional media for this drama prior to its premiere and while it captured my interest because of Jung In-sun (I really liked her in Terius Behind Me) it wasn't enough to actually make me watch... That is until I ran out of dramas to watch (LOL). I think watching it was a good choice.

STORY
Like I mentioned above, the premise of this drama is quite unconventional (at least for a K-drama newbie like me) and though I wasn't curious enough to watch it from the time it premiered, when I did begin to, I wasn't able to let go. The pacing was just right in most of its episodes. However, at the beginning, I did have some thoughts about it being better off a movie than a drama (just so I could see the end of it in two hours time, haha), but later on I was able to appreciate its story line precisely because it is a drama. It was not as predictable as I expected it to be, which is a good thing. But myself being a fan of CSI and Sherlock, I found their investigation procedures a bit lacking in sophistication. And also, what I found a bit disappointing was how the female character, which started off projecting a strong and independent image, ended up being rescued at some point in the drama.

Generally though, it was a happy drama trying to convey hope and strength for those who seem to think they are useless and weak.

ACTING
Yoon Shi Yoon - It was may first time to see him and it wasn't hard to appreciate him as a comedic actor in this drama since he already gave off a Ryan Bang impression on me. He was really good at shifting from a weakling to a predator in his 'psychopathic' moments but I feel a bit awkward when he starts to cry really hard or shout really loud, not sure why. But basically I find his charm and comedic skills a plus.

Jung In Sun - I began to admire this actress in Terius Behind Me and this drama made me admire her even more because I never saw a hint of her previous character in Shim Bo Kyung. The teasers gave me an impression that her character would be clumsy and awkward, but it turned out differently and I appreciate that.

Park Sung Hoon - He carried out his role very excellently and I hope he gets more challenging roles in the future. It's my first time to see him as well, and what marked for me in this role of his is his creepy yet funny laughter. And yet even though at times his character's situation may be funny, he was very consistent in projecting his role as a coldhearted psychopath.

Support Roles - Among the support roles, Kim Myung Soo and Heo Sung Tae were the most unforgettable.

MUSIC
I like how the intro music reminds me of Kill Bill, since that helps set the mood for the murders that could happen in the drama. Aside from that, The Rose's "Wanna Be Bad" was the most catchy among the OST. If I'm not mistaken, "Stay The Same" was the song that plays during Bo Kyung and Dong Shik shipping moments; it sounded too romantic for me.

REWATCH VALUE
I personally would watch this again for basically two reasons: I want better understand the scenes and catch some significant details I may have missed, or I want to have a good laugh.

OVERALL
It may not be as grand and sophisticated as other related dramas, but I could say that watching this won't be a waste of time, especially if you are into crime and comedy.
Was this review helpful to you?