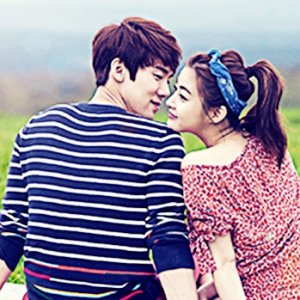 Completed
Go Lala Go 2
0 people found this review helpful
by apxril
Jan 22, 2016
Completed
Overall 8.5
Story 7.0
Acting/Cast 9.0
Music 7.0
Rewatch Value 5.0
i highly anticipated this movie cause of the casts. And mainly because I'm a fan of Bolin Chen. I thought I could care less about Vic in this movie since I'm a fan of Ariel and Bolin pairing but Vic really had me in this movie!! I was totally rooting for him despite being a Bolin Chen fan. Haha! The story wasn't anything new, there's no surprise feeling to it. I thought this was going to be a romantic comedy but i don't think there was comedy. It's more on the serious romance drama side.

They all had very good acting! I totally agree about Jasmine's comment below/above about the character development. I'm disappointed with Bolin's character though cause they just used him as a plot device :( Personally, I'm just at the start of my career so I can quite relate to Nana (and Lala in some ways). But Nana's dubbing really bothered me throughout the movie. I don't know why they dubbed her because when Roommate (korean show) went to China before, she was good at speaking Chinese.

Overall, the movie was alright despite the story and filmography are nothing special. I did teared up at the end though ;_; I rated it a bit higher than it contains because I truly enjoyed the movie, though i don't think I'd rewatch this again. Maybe some Ariel and Bolin parts :P
Was this review helpful to you?