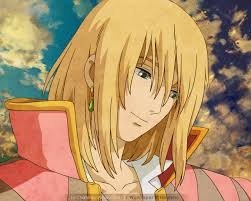 Completed
The Liar and His Lover
2 people found this review helpful
by loranar
Other reviews by this user
Aug 1, 2014
Completed 0
Overall 6.0
Story 6.0
Acting/Cast 6.5
Music 8.5
Rewatch Value 3.0
I can looking at this movie from various sides, but it's weak (featureless).
I saw only 10 sides of manga (targeting teenager girls) and i found it childish (You should know, I'm not age group suitable for this product, I'm 22 years old and I had never liked anime / manga for girls).
Story could have been realy interesting (up to 9 points), but..., My first objection is lenght. This movie is like reduced long drama serie. Second, I didn't believe in their love (for the first sight), and in their relationship. They started dating before second meeting? She was too much young, there wasn't problem...? Everything was terrible fast (but If you are younger than me, it can be OK for you). Thirth, this is movie for girls, so you suppose, that the main female lead can be your alterego. The female lead was only simply mask without features (like shell) for me, I can't identify with her, I can't sympathize with her. Fifth, name of movie mentioned &amp;amp;quot;liar&amp;amp;quot;. Yes, there were lies, but you presuppose, that there will be huge exposure of these lies, there will be emotions... But no, I feel like everything is stream without dramatic swinging, revelation of secret nothing changes. I feel like I saw naive dream of teenager girl without this teenager girl. Sixth, I ended without feeling of story's solution, I had questions, but no answers (in this genre you suppose, that there will be answers, it's not art house).
Only thing I realy like was theme of fake and pure music, but I didn't notice, that it was solved somehow in the end. Everything is in bright , nice colours.
Acting - Sato Takeru is actor, it's obviously, and his character is written better then another ones. I can't say anything else about other actors, their characters (personage) was writen realy bad, they couldn't make nothing in these roles.
Music was great, it was main reason that I watched it.
I won't re-watch this movie again. I hope there will be drama series about this manga someday.
If there is amount of story and only two hours of movie, in the end viewer can feel like - there nothing happens - and I have this feeling, I saw something, where nothing hapend, because every dramatic expectation faded. So if you have not so much expections, you can love it, I had expectations due to high rating. You can love it, if you're younger, If you know manga, if you are not so much critic (I'm extracritic). I should say, that I don't like so much movies based on girl's manga (Kimi ni Todoke, Kyou, Koi wo Hajimemasu, Himitsu no Akko-chan), it's too much naive for me, so If you like these movies, you can love this movie too.