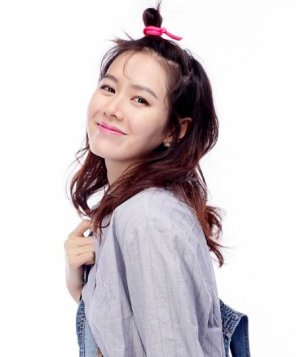 Completed
The Tale of Nokdu
1 people found this review helpful
by manicmuse
Dec 2, 2019
32 of 32 episodes seen
Completed
Overall 10
Story 10.0
Acting/Cast 10.0
Music 9.0
Rewatch Value 9.5
I started this drama reluctantly because I wasn't sure if I was in the mood to watch another cross-dressing romcom, but this drama is a perfect example of why you can't judge a book by its cover, or a drama by its poster. This drama was way better than I could have imagined, and although part of it is the romcom that I expected it to be there is way more depth to the story. The Take of Nokdu is an amazingly well-told story from the beginning to the very end. This is a historical drama that takes on a lot of different genres... silly comedy, fast-paced action, ruthless politics, heartbreaking drama, plots of revenge, even some suspense, and of course romance, and blends it all together in a way that works surprisingly well. Some people may watch a few episodes and start to lose interest because they feel like they already know whats going to happen but trust that you probably have no clue how this story will eventually turn. Some of the episodes may just seem like comedic tropes filled with romantic cliche's and cross-dressing jokes, but this is how the audience gets to know and love all of the characters before the story starts piecing all of the seemingly disjointed parts of the plot puzzle together. And I did love all of the characters, even the ones I loved to hate, but the most lovable of all was Jang Dong Yoon as Nok Du.

Since Nokdu is the title character it's important that he is at least likable but Jang Dong Yoon more than succeeds in playing a charming character that I loved rooting for. It's his quest to find out the truth about who he is that takes him on this epic journey where he ends up pretending he is a widow on the run "Lady Kim". Sure the idea that he is such a convincing woman is pretty ridiculous but he really makes it work without playing too much into feminine stereotypes. This is the first drama that I've seen Jang Dong Yoon in, and I was definitely impressed. He is perfectly matched with Kim So Hyun as Dong Joo, who may be much younger but being an experienced actress, she definitely holds her own. They have great chemistry from the moment they meet, going from sibling-like squabbling, then eventually growing closer. I also loved that Dong Joo had more of a fighter's spirit and had more traditionally male energy in some ways and Nokdu was the more sensitive and romantic one which added to how he could be easily seen as feminine. Sure they both have literal genderbending moments, but this drama doesn't play up that misunderstanding for too long, and crossdressing is eventually used more like a tool. Instead, we get to see all the things that bring them closer together and fuels their connection and eventually their trust and support for each other. That brings me to Kang Tae Oh who plays the quintessential handsome second lead role and gives a performance that is absolutely brilliant. As much as I loved Nokdu and Dong Joo, it is Yool Mu who is the true breakout star of this drama!

I don't want to go into much detail about each amazing cast member since I don't want to accidentally give away too much of the plot, but just know that the entire cast is great. Some characters are more for comic relief, while others are much more sinister, serious and complicated, but they made me care about what happened to each one of them (Shout out to Hwang In Yeob who may be a man of few words but his eyes and smirk said volumes). Some characters are more frustrating to watch, like the impetuously hot-tempered king and the annoyingly food-obsessed and unable to just shut up little girl, but that's because of the role they play in the story. The Island of exiles, The Widow Village, The Gisaeng House, The Palace... The world of Tale of Nokdu is filled with great and performances and a cast that knows how to go from comedy to action to drama without making it feel disjointed. Earlier scenes were a bit confusing to me, especially the politically based ones, but with every revelation, the full story becomes clearer and clearer. This is a drama that gets better and better with each episode, constantly building momentum. Even seemingly mundane moments have an importance that isn't realized at first. This is a drama that pays attention to details, without ever taking itself too seriously for too long. Every episode of this drama is meant to entertain and it does. I'm sure it's even better if you binge-watch it instead of having to wait. It also has a very satisfying ending in my opinion which gives the serious moments the attention they deserve while still leaving room for the playfulness that makes this drama so much fun.

That leads me to the question of whether or not I would rewatch this drama and my answer is definitely. It would be great to see this drama again now that I know what's really going on, and am able to catch all the things I missed the first time. I'm sure it will be just as entertaining, even if the suspense is gone. The performances, storytelling, and cinematography are compelling enough to keep me entertained, and I can already think of a few scenes that I would love to see again.

I also liked the OST. I won't say that any of the songs are favorites of mine but they fit the different moods of the drama well.

Overall this is definitely a drama I would recommend and already have. It's one of my new favorite sageuks, and although this didn't make me as emotional as my favorite historical dramas usually do I really felt connected to characters in a way that I never would have expected when I started. I also loved seeing a romance that isn't just about chemistry, flirting, or fate but is about choosing to be each other's support and "home". I even empathized with many of the villainous characters. And I especially loved the theme of the value of trust and the importance of having support from people who care vs a lonely existence where you may have wealth and power but can trust no one. The sillier moments may be too over the top for some viewers but I thought they were really cute, especially the earlier bonding episodes between Nokdu and Dong Joo. The heavier moments also aren't too heavy for long, so while I wouldn't call this drama lighthearted it is a feel-good drama in many ways in spite of some very dark turns in the plot. I also loved the theme of so many strong and self-sufficient women in a traditionally male-dominated Joseon Dynasty Era. If you give this drama a chance I think you will be pleasantly surprised like I was. I can't compare it to the webtoon since I never even heard of it, and I suspect there are zero historical accuracies beyond a few names, so my review's only based on this drama's own merit. Like Nokdu disguised, this drama is clever and endearing, and one that I couldn't help but grow to love.
Was this review helpful to you?