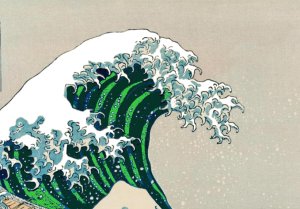 Completed
Senior Secret Love: Bake Me Love
0 people found this review helpful
by ponderlk
Dec 2, 2019
6 of 6 episodes seen
Completed
Overall 6.5
Story 6.0
Acting/Cast 8.0
Music 6.0
Rewatch Value 5.0
You know the holiday romantic movie marathons? They were made for people like me who'll actually watch them (LOL), so I love a good romantic comedy---a movie doesn't need to always be deep, crazily inventive, or mold-breaking.

However, while I liked the main couple and Toni/Kimha is AMAZING (I hadn't seen him before, but immediately after this watched another show he was in), it just felt too long---like it was supposed to have been a 2-hour romcom but someone said "Nah, we need 3+ hours; go make it work"). There are...maybe 4 plot points that I would have LOVED to have seen "tied up in a bow" that sort of just...went away.

I watched it because it was added to a popular paid streaming service this year AND because someone had added it to a list of "shows that have BL," but don't bother watching if you're BL fan. It's like someone told the writer to insert "something BL/gay" in because it's popular, but then didn't give them enough room to flesh it out. It's a plot device, and not a good one.