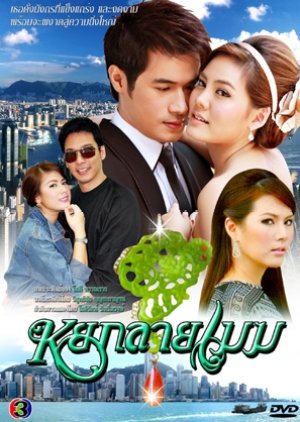 Katriya Ekthamrongworakul is the eldest daughter of Khun Chuwit and Khun Janthana. The Ekthamrongworakuls are in the business of gems, they are well-known and highly respected gem dealers. Katriya can be described as beautiful, strong-minded, and a person who does not know how to back down from a fight.T hariya has one younger sister named Jeeranan . Though they are like night and day in terms of appearance and personality, the bond between them is very strong. Sophon is Katriya’s fiance. Her sister Jeeranan secretly harbors feelings for him, but keeps it hidden out of respect for Katriya.One day, Katriya’s fahter Chuwit asked her to visit her biological mother Hui San in Hong Kong, her mother is dying of cancer. At first she is taken back by his request, she struggles with the decision to go or not. In the end, she agrees. She travels to Hong Kong with a Cloud design Jade amulet given to her by her father, the same amulet her mother gave to him as her only companion.At the Hong Kong airport, she is greeted by her Aunt Mee Mee and is immediately taken to the hospital to visit her dying mother Hui San. At the hospital, mother and daughter hug and bid their farewells. Soon after, her mother Hui San dies and Katriya stays in Hong Kong more than expected to arrange for her funeral. While in Hong Kong, Katriya becomes more acquainted with her mother’s family. After her mother’s funeral, Katriya had plans to leave Hong Kong; however, her Aunt Mee Mee prevents her from doing so. Her grandather Tao Gae Lor wants to make Katriya an heir to his business empire. Katriya could care less about the inheritance and gets into a fight with her grandfather about her ethnicity of being both Thai and Chinese. Her grandfather experienced a heart-attack while arguing with her and is rushed to the hospital. He needs surgery to ensure his survival; however, he will not agree to it until Katriya promises to take over the family business. To save her grandfather, she gives in. Edit Translation 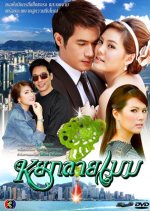