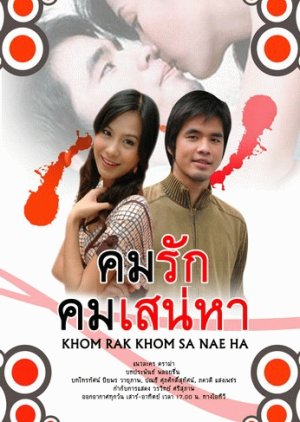 After Baibua's mother was dead, her father brought Piangjai, his new wife and IngFah, her daughter to stay with them. IngFah is the girl who like to sleep around with the rich guys to get money. Though Baibua knew and kept warning her, but IngFah didn't care. Baibua could do only complaining to Chaydan, her best friend who secretly fell in love with her for so long. One day Kalan, the owner of the company met Baibua by chance, he has a crush on her, but he thought that Chaydan was her boyfriend. IngFah knew Korawit, Kalan's brother by MSN, but she used the name as "Baibua". She seduced him for money. When Korawit's mother knew their relationship, his mother tried to stop him. They quarrelled and Korawit ran away from home, so his mother cancel his credit card. When he didn't have money, IngFah left him. Korawit was very hurt and killed himself. After Korawit's death, his mother became insane and had mental sickness. His father had a mistress and left home. So, Kalan was very angry at the one who cause Korawit's death and his broken family. He tried to find out who Baibua was. Baibua applied for a job at Kalan company. So, Kalan misunderstood that Baibua, the girl who he had a crush on was the girl who caused his brother's death. So, he accepted her to work with him and treated her badly. Later, Baibua's father was sick and they needed much money for his medical treatment. Baibua tried to borrow money from the company, but Kalan offered her to get married with him in exchange. Baibua had no choice, so she accepted to marry him. Edit Translation 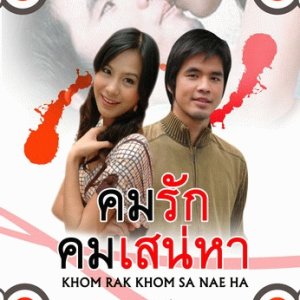