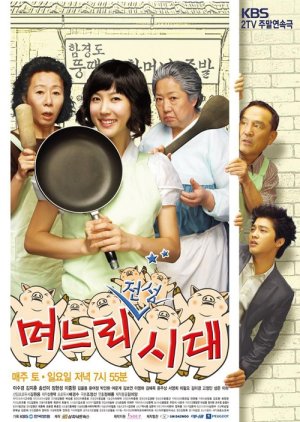 Jo Mi Jin is a new employee of an apparel company who later then becomes the daughter-in-law of a family running a pork hock restaurant with a 60-year-old tradition. Lee Bok Soo, the eldest son of the family, is a planning director at the company Mi Jin works at. The drama will revolve around the life of a new generation daughter-in-law. Things get complicated when Mi Jin's older brother, In Woo, falls for Bok Soo's younger sister, Bok Nam, and they decide to get married. How will both families adjust to being in-laws with each other again? Edit Translation 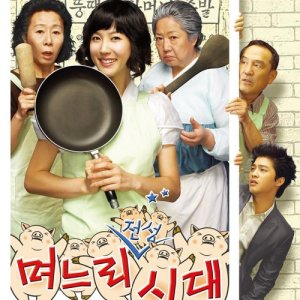 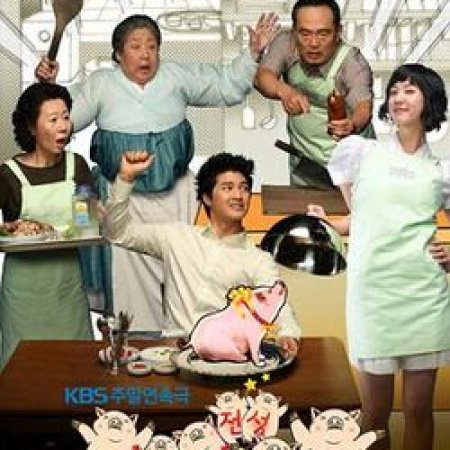 Completed
LMitsuki
14 people found this review helpful
Other reviews by this user
1
Oct 7, 2013
52 of 52 episodes seen
Completed 1
Overall 8.0
Story 8.0
Acting/Cast 9.0
Music 6.0
Rewatch Value 6.0
Hello, my friends from MDL! Here am I after so long... After watching it, and seeing how it had never been reviewed, I decided to give it a try ^^
This drama holds now a very special place in my heart. First of all, it was the longest drama I watched. And, on top of that, it was very light and funny without overlooking its story/cultural thing.

The cast was spectacular. Jihoon never disappoints me, be either on acting or on looks (damn it, he's hot in whatever he does). And it had a luxous old cast, with the best actors from the old generation.

About the characters - they were pretty acceptable if not for the childishness of Minjin (the main female). Giha (character) was also very nice but someone should teach him how to kiss/behave properlu without seeming a maniac/raping man. It was such a turnoff sometimes. Really!

The plot was also pretty acceaptable. Not only each episode had around 50 minutes, but also the story was pretty light and quick (and very, very, very funny!!!). If you give it a try, watch it until the first 10 episodes, around that you may become hooked just like myself.
It had also a lot of cultural aspects we see treated lightly in another dramas (like in laws and how mothers-in-law are seen by korean families (I give up my idea of having a korean husband after this :PP Just kidding.) Not to mention every character had his story and his own 'happy ending'. Oh, and.. thumbs up for the ending.
I was a bit anxious to finish it, but I can't say it became boring. Actually, it was pretty nice to watch, that's why I'm reviewing and recommending for you. I watched this after downloading it from asiatorrents, I don't know other websites (but I saw some episodes on youtube as well).