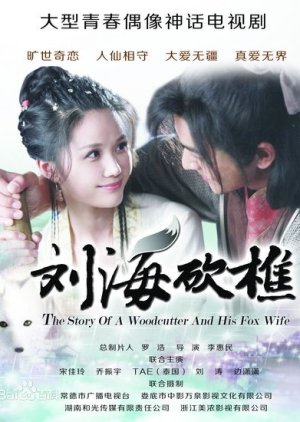 This story takes place in a fishing and wood cutting village next to the Changde mountain in Hunan. In the village, there was a woodcutter named Liu Hai. He was a steadfast woodcutter and lived with his mother. He made a living by wood cutting and collecting Chinese herbs. However, what the villagers and the Liu family didn’t realize was the luffa well in the house of Liu family was not an ordinary well. According to the legend, there was a magical luffa living in the well. Because of it, not only the well had never run out of water supply but also the water was sweet to drink. On top of that, whoever got hold of this precious and magical luffa would become immortal with unlimited magical power. Liu Hai’s uncle, Liu Zhen Bin, had long been lusting after this luffa. In order to possess the luffa himself, Liu Zhen Bin used any means necessary to evict Liu Hai and his blind mother from their home, disregarding they were relatives to him. After obtaining the luffa, Liu Zhen Bin paid tribute to the evil spirit, Qiong Qi, without knowing that Qiong Qi had also longed for the luffa himself. Meanwhile in the Changde mountain that was filled with the universal life energy, there lived a nine-tail fox and a golden toad. Incidentally, both the nine-tail fox and the golden toad were somehow involved in the struggle too. The nine-tail fox was very touched by Liu Hai’s sincerity and kindness; and she fell deeply in love with him. She left Changde mountain and came to the Changde county, together with Liu Hai, they both faced a series of twists and turns and torments in their journey to fight the evils. Edit Translation 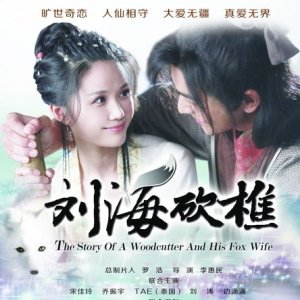