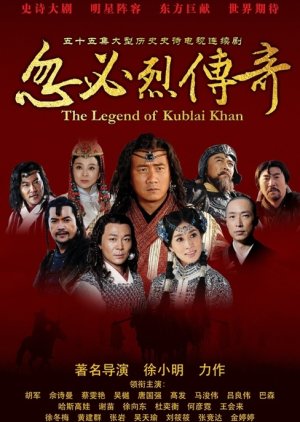 The series, spanning over 70 years, tells the story of Kublai Khan and the events leading to the founding of the Mongol-led Yuan dynasty in China. Kublai was born in 1215 as a son of Tolui, the fourth son of Genghis Khan. At that time, Töregene, the wife of Ögedei (Tolui's third brother), sees Tolui as a threat to her. As Tolui gains more glory for his victories in battle, Töregene becomes worried whether her husband Ögedei will be selected by his father Genghis Khan as his successor. Besides, the young Kublai is deeply favoured by his grandfather, and this causes Töregene to feel uneasy. Ögedei eventually becomes the new Khan of the Mongol Empire and Tolui is chosen to be regent. Töregene secretly poisoned Tolui to death. Tolui's sons, with their eldest brother Möngke as their leader, want to avenge their father. Töregene then accuses Möngke and his brothers of plotting a rebellion and wants to use the opportunity to eliminate Tolui's entire clan. At this critical point, Kublai and his mother Sorghaghtani manage to calm everyone down. Kublai and his family escape from Töregene's control and gradually build up their forces. Töregene later conjures a scheme and causes Ögedei's death, after which her son Güyük becomes the new Khan. Güyük is succeeded by Möngke, who entrusts his younger brother Kublai with important responsibilities. A few years later, after Möngke is killed in battle, Kublai and his brother Ariq Böke engage in a power struggle to seize the succession, which concludes with victory for Kublai. Kublai finally secures his position as Khan after defeating all his rivals, and he establishes the Yuan dynasty in China. Edit Translation 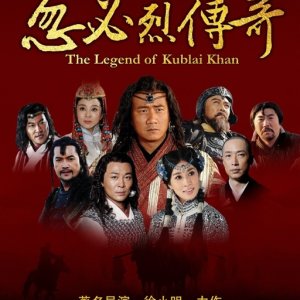