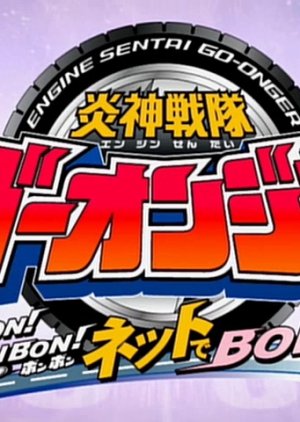 A short five-minute internet movies that are spin-offs of both King of the Castle in the Demon World and Boom Boom! Bang Bang! GekijōBang!! to be accessed by a mobile phone service. In the case of Boom Boom! Bang Bang! GekijōBang!!, the featurettes are called Engine Sentai Go-onger: Bom Bom! Bom Bom! Net de Bong!! (炎神戦隊ゴーオンジャーBONBON！BONBON！ネットでBONG!! Enjin Sentai Gōonjā Bonbon! Bonbon! Netto de Bon!!?), released on July 11, 2008 on the mobile site, and in December 2008 on DVD. In "Bom Bom! Bom Bom! Net de Bong", the Gaiark Pollution Ministers begin setting up their plan break the dimensional barriers that separate the Braneworlds in order to create their Gaiark haven, setting up the opening sequences for the actual movie. However, while the Go-ongers are trapped in Samurai World, the Ministers attempt to take advantage of the event by subduing Bomper, who battles them personally when they attempt to set a trap for the Go-ongers as they return to their dimension. Unlike Kiva, where Net Movies would be attached to all Kamen Rider Series Summer Movies from then on, Go-Onger was unfortanutely a one-off and no future Super Sentai summer films have net movies. Edit Translation 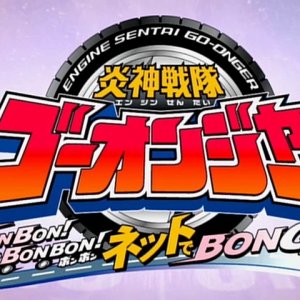