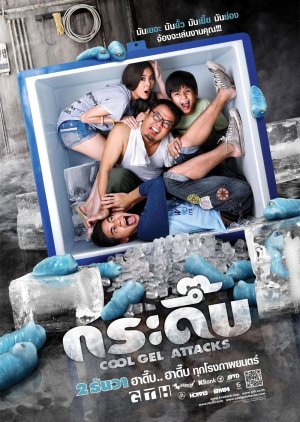 Two feuding neighbors have to put their differences aside to battle an invasion of alien parasites. Edit Translation 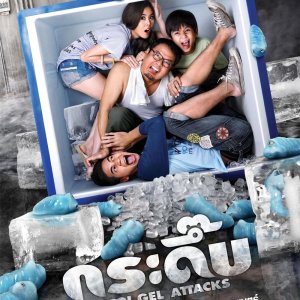 Completed
Senpai
1 people found this review helpful
Other reviews by this user
0
May 11, 2017
Completed 0
Overall 7.5
Story 5.0
Acting/Cast 8.0
Music 7.0
Rewatch Value 4.0
Film trash but a reasonable trash. A movie about laughter instead of scares.

"Cool Gel Attacks" is an Indo-Thai comedy movie starring a number of TV comedians in a story about an "alien jelly" that falls from the sky (no, falls from the earth) and turns into a "handsome" But lethal. It multiplies, and the drops try to turn into people's bodies.

Maybe the funniest scene is the dog in "Cool Gel Attacks" where we have there, a bizarre but funny story, even say a little romance between neighbors which makes it funnier, for example we see the "future sogrão "Protecting his daughter and ending the beautiful declaration of love and request of courtship of the poor boy.

As for the monster, it is a mixture of "Caterpie and Muk of Pokémon that later evolves into a hybrid Graboid".