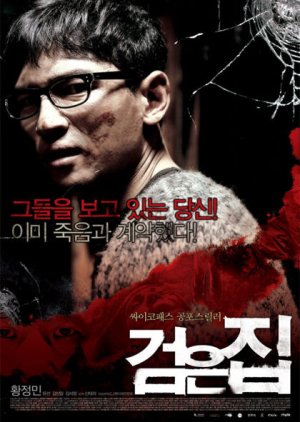 A meek insurance agent investigates the suicide of a young boy, and begins to suspect foul play when the father keeps pressing the company for his insurance payout. Edit Translation 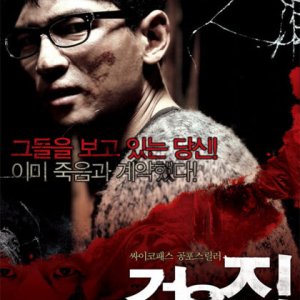 Completed
PrashastSingh
0 people found this review helpful
Other reviews by this user
0
Mar 18, 2018
Completed 0
Overall 9.0
Story 9.0
Acting/Cast 9.0
Music 6.0
Rewatch Value 7.0
South Korean films are definitely worth watching, especially action thrillers. But horror movies from there are also quite well made, and this film BLACK HOUSE is the proof. It's very nearly written, well conceived and quite refreshing. It has got the basic elements which will impress any moviegoer, and it's not merely for horror fans.

BLACK HOUSE opens on a gripping note and proceeds to tell the story without any hiccups, thanks to the editing. The screenplay is quite engaging, and it would be hard to leave this film in between, even if you're busy. The film stays true to the genre, and this is absolutely a positive sign.

Hwang Jung-min is a very talented actor who with his performance proves that he can pull out roles of any kind he's given. He excels in multiple sequences, and his dialogue delivery is decent. Yoo Sun and Kang Shin-il are menacing and their solid performances are a major asset to the film. Kim Seo-Hyung and other supporting actors, however don't have much to do but still end up delivering good performances.

The cinematography is decent, and is excellent in multiple shots. The small action bits have been done decently, and some shots are really praiseworthy. The climax was unexpectedly amazing and jaw-dropping. See it to believe!

If you love watching horror films, then BLACK HOUSE is a treat of course, but even if you don't, the film will take you on a creepy ride if you have courage to step in!