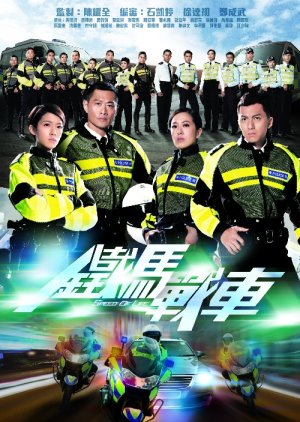 Hong Kong traffic E&C inspector To Cheuk Fung is dedicated to his mission. He and his subordinates often go undercover so they can easily prosecute those who speed, drunk drive, and hold illegal licenses. Cheuk Fung is an extremely cold person, serious in speech and manner, but he is strangely close friends with the boisterous Sze Ma of the investigation team. The duo are left speechless when they meet the rookie cop Bui Sam Yau, who they assumed would not be able to withstand Cheuk Fung’s strict demands. But after Sam Yau helps Cheuk Fung dispel a worry that he has kept locked in his heart for many years, the two grow extremely close, forming a pseudo father-daughter relationship. Sam Yau’s satisfactory performance catches the attention of Sze Ma, who convinces her to join his team. Sze Ma has been less than pleased with his subordinate Yiu Yiu, who prefers to do everything by the book and fails to catch up to Sze Ma’s painstaking style of investigating. Meanwhile, a racing gang has been wreaking havoc in the streets, sending out provoking messages to the police. Cheuk Fung and his team are given the light to track them down, but he ends up stepping into a dangerous boundary. A dark haze he has been avoiding once again appears before his eyes. Edit Translation 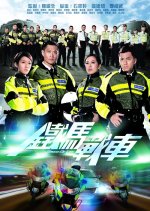 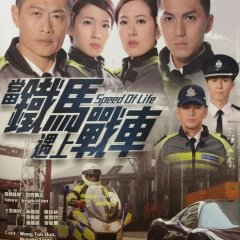 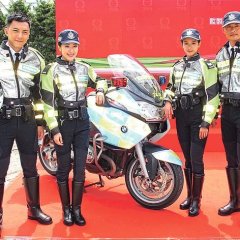 Completed
anopinion
1 people found this review helpful
Other reviews by this user
0
Feb 15, 2017
20 of 20 episodes seen
Completed 0
Overall 7.5
Story 7.0
Acting/Cast 8.5
Music 5.0
Rewatch Value 7.5
I finished watching this drama quite a while ago but never thought of writing a review. HK dramas don't get much attention here anyway so I doubt many will see this. Also why this is an extremely short review by my standards.

Pros:
+ Shi Ma and Yao Yao [1]. Shi Ma's character is hilarious, especially how his best friend is just a ball (to quote Yao Yao). The drama can cut out the other main storyline and it'll make it even better, because 99.9% of people watching are really just watching for these two characters.
+ Shi Ma and Yao Yao's romance. Okay, I'll readily admit that this is just an extension of the previous point. Very standard relationship progression, from a bickering duo to lovers. Their interactions are super funny. It helps that they are a very good-looking couple. I mean, TVB actors aren't exactly known for their looks really.

Cons:
- Sisley Choi. Her acting is horrible, her voice is annoying. I'm usually not skeptical of acting really, but she's bad. Her voice is totally unbearable though. I wondered if it's because she's not a native speaker, but I concluded that her voice is just naturally not-so-pleasant.

Summary:
A very standard HK procedural. Not very brainy. It doesn't need to be since it's focusing on the traffic police, which is honestly not very interesting material. One of the better dramas of the year, by virtue of Natalie Tong and Benjamin Yuen's characters. A surprisingly easy pair to root for given that it's their first cooperation. I do wish that they'll continue to pair up gorgeous looking fadans and siusangs. I'm quite superficial in this regard, which is why the only other drama I watched in 2016 is the Mafia drama which had Elisa Sam and Matt Yeung. I was looking forward to Roger's drama (not so superficial after all), but it was a letdown...

-- Footnotes --
[1] I don't know how to romanise Cantonese since I can understand but I can't speak the dialect. So all names will be romanised as it is spoken in Mandarin.