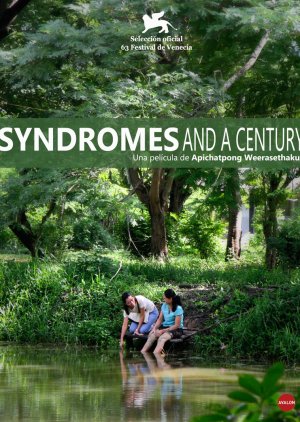 The film is a tribute to the director's parents and is divided into two parts, with the characters and dialogue in the second half essentially the same as the first, but the settings and outcome of the stories different. The first part is set in a hospital in rural Thailand, while the second half is set in a Bangkok medical center. "The film is about transformation, about how people transform themselves for the better", Apichatpong said in an interview. In Thailand, Syndromes and a Century became controversial after the Board of Censors demanded that four scenes be cut in order for the film to be shown commercially. The director refused to cut the film and withdrew it from domestic release. Since then, the director had agreed to a limited showing in Thailand where the cut scenes were replaced with a black screen to protest and inform the public about the issues of censorship. The film was among the works commissioned for Peter Sellars' New Crowned Hope festival in Vienna to celebrate the 250th anniversary of the birth of Wolfgang Amadeus Mozart. Edit Translation 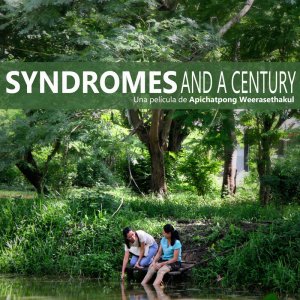 Completed
Senpai
0 people found this review helpful
Other reviews by this user
0
Jun 29, 2017
Completed 0
Overall 8.0
Story 8.0
Acting/Cast 7.5
Music 8.0
Rewatch Value 6.5
Hypnotic and enigmatic.
Funded by the city of Vienna as part of the celebration marking the 250th anniversary of Mozart's birth, "Syndromes and a Century" is a visionary masterpiece that defacts the boundaries of the past and the present and, like Harold Pinter's plays, explores the Subjectivity of memory.
It is an abstract movie, but very hot and often very funny about the memories of the director of his parents, both doctors, before falling in love. According to Apichatpong, however, it is not about biography, but about emotion.
Like the fragmented memory of a dream, the film is composed of fragments of memory that begin suddenly and end abruptly without resolution.
"Syndromes and a Century" does not yield immediate decipherment, for it moves rapidly from the real to the surreal and vice versa. In the middle of the movie, the same characters repeat the opening sequence, but this time it's a modern hi-tech installation and the mood is changed as well as the focus of the camera. The second variation is less intimate than the first, but there are no global judgments about the past or present, rural or urban, old or modern. Things are exactly the way they are and the way they are not, and we are forced to embrace everything. Towards the end, a funnel inhales smoke for several minutes, as if the memories were sucked into a vortex to be stored forever or forgotten. Like this serenely magical movie, it casts a hypnotic and enigmatic spell.