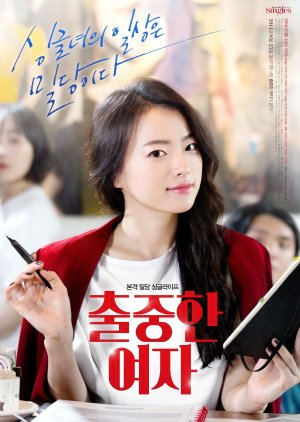 Woo Hee is a relationship column editor of a magazine. She is a prominent woman as there are endless calls and requests for signature and pictures of her. However, in her head, she's always thinking about playing hard to get! Jae Hong is a long time friend she doesn't want for herself but is too good to let go. Woo Hee can't forget her ex, Cheon Gwan's password to his house. Younger guy Joo Seung just won't stop texting her. She has to be nice to her friend who's always there for her like a mother. However, she doesn't want to give up her successful career as well. Edit Translation 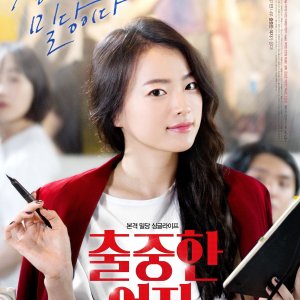 Completed
SolomonOrlando
4 people found this review helpful
Other reviews by this user
0
Aug 2, 2017
5 of 5 episodes seen
Completed 0
Overall 2.0
Story 3.5
Acting/Cast 4.0
Music 4.0
Rewatch Value 1.0
Prominent Woman follows the life of Woo-Hee, a magazine editor that struggles with her relationships. Throughout the five episodes, the difficulties between her personal and professional life become more noticeable as she attempts to salvage her own integrity to carry on with the career and life that she has built for over the nearly thirty years she has been alive.

While this synopsis may sound like it leads into a great series, Prominent Woman falls prey to empty narrative and aimless characters, making it almost a pointless drama to watch. From beginning to end, it sets up the illusion that something remarkable may happen with Woo-Hee and the characters around her, but it ultimately fails in providing any sort of substance.

The show has Woo-Hee go through a seemingly ordinary life, the entertainment of which hinges entirely on empty relationships and half-wrought interactions. While watching this series, I couldn't help but ask myself constantly, "What's the point?" - nearly pleading with Prominent Woman to give me any shred of a story or character arc.

Prominent Woman tries to stand out by making a statement that everyone has problems, but one must learn to love themselves and overcome. However, this point is so buried within the horrible story direction that I could hardly figure out what the point was until the very end.

Overall, I don't think this series has much to offer. It is short, so you don't lose much by checking it out, but I truly believe there is nothing in Prominent Woman that has any clout.