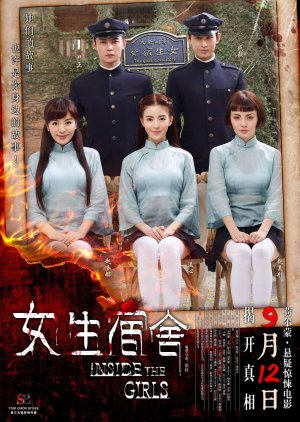 Chinese mainland thriller "Inside the Girls" tells a story that took place in a girls' dormitory at a medical college in 1930. Edit Translation 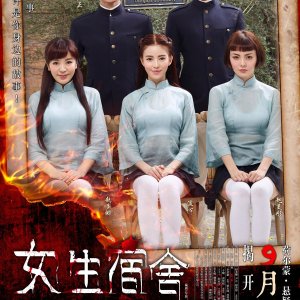 Completed
Senpai
1 people found this review helpful
Other reviews by this user
0
May 31, 2017
Completed 0
Overall 7.0
Story 7.0
Acting/Cast 7.5
Music 6.5
Rewatch Value 6.0
It's not porn! Not really!
It's not a sensational movie but it has some great looks, it also has a flawless presentation. Featured for Swan Wen incredible interpretation.
"Inside the Girls" is a mystery genre film marketed as a horror movie that does not scare anyone but pays off with its history and a well portrayed final villain where girls are being killed in a medical school. A little knowledge can be more misleading than complete ignorance.
It is believed that Chinese women traditionally consider college, university as the place to find a husband (in the oldest tradition of women in college). And yet, this film seems to portray a school with strict gender separation. But this is expected for China in the 1930s.
This film is more heavily focused on detecting the characters, not on the killer's activities.
In China, four is the death toll and is considered unlucky, whoever accompanies the movie will get it, look at the details and the 4 characters. And with such omens, we are introduced to our core cast, Xia Mengjian (actress Swan Wen), the virgin and perfect girl; Her best friend, Huiren (Donna Zhao); Aiwa, the nerd, superstitious Christian; And He Guilan, the scary girl. It is not easy to attend medical school when the shower room is apparently haunted by the ghost of a woman who committed suicide in her bedroom in the dormitory. However, when the bodies begin to pile up, Mengjian sets out to solve the mystery, rather than just acting like a completely helpless girl. She may still end up being tied to an autopsy table, but at least she shows some intelligence and autonomy before she becomes the figure of the maiden.
In a predictable way, the school is full of suspects. There is the dorm "RA", the scary janitor, the overly enthusiastic teacher (Jing Changshan), class face ... Even the main love interest, Gao Munan (Andrew Yin), begins to look suspicious. In a way, this movie is an authentic "Scooby Doo" with the stakes raised the central division between the cast is among the characters in the "haunted medical school" where the characters remain skeptical and rational.
It's not porn! Not really! Yes, the translators and the creators of titles really screwed up. I think we all think bullshit when reading a title like "Inside the Girls". I think what the real meaning is "inside the girl".
That said, violence and nudity are somewhere more than what you would consider, the camera pulls away the worst violence even though there is blood, and the camera is more focused on firing on the back of the girl's knees than any other thing.
On the whole cast of a surprisingly strong performance, the villain is both extremely malicious and self detestable, a curious mix of insecurity and malice.
It's a mystery film in the structure of a relatively balanced horror film and it brings lessons on how not to die: Syringes are easy to conceal and can have a powerful effect on the hands of a person who knows anesthesiology. Check bedding, bags, and clothing thoroughly.
Google Tradutor para empresas:Google Toolkit de tradução para appsTradutor de sitesGlobal Market Finder
Sobre o Google TradutorComunidadeCelular
Sobre o GooglePrivacidade e TermosAjudaEnviar feedback