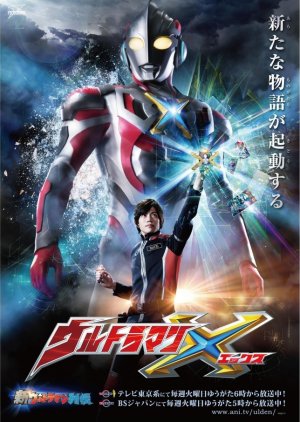 A solar flare has awakened Spark Dolls from the depths of the earth and the ocean, materializing them into rampaging monsters that terrorize the Earth. Due to this, a new attack team was formed, Xio (Stands for Xeno Invasion Outcutters) to combat the threats. Fifteen years later, Xio member Daichi Ozora bonds and transforms into Ultraman X to battle threats from both aliens and monsters. Edit Translation 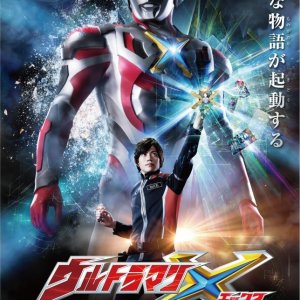 Completed
knee
0 people found this review helpful
Other reviews by this user
0
Aug 30, 2018
22 of 22 episodes seen
Completed 0
Overall 6.0
Story 3.5
Acting/Cast 4.0
Music 8.0
Rewatch Value 6.5
This review may contain spoilers
The beginning is pretty rough. Seemingly strong start, however it doesn't really go anywhere for a few episodes. The show only picks up 10 onward. I think the only episode I liked from the first 9 episodes were 1 and the Max episode. Everything else was pretty boring since there was no reason to like any character besides at that point.
The teens really pick up with some nice episodic plots. The 24 Hours at XIO was a really unique and cool episode with some cool camera work. Some really cute episodes like the Pigmon or the Mu ones. The Nexus episode is probably my favorite because it perfectly captured all of what made Nexus great and furthered a character as well. I think if all of the boring filler in the beginning was moved to the teens, and the nice developmental episodes of the teens were moved to the front, this would've been a much better show. But the show still has it's faults: the major one being theming. The final episode is great. It really feels like a culmination of all of the experiences we've been through to get to this poi- wait, has it? The final two episodes focus on two themes that the show loosely followed: Daichi and X's bond, and the coexistence of monsters and humans.
These are themes in the show, that can be handled well. However, they are not nearly as prevalent or impactful as other shows, making the show saying how deep they were feel very off. Daichi and X, sure they are buddies, but we rarely get many scenes of them just talking. It would've been nice to get some deep conversations in there or some comic relief to SHOW this more often, which builds up more of a bond between them and the audience. As I've seen Gaia, which focused heavily on the ethics of hurting monsters and coexistence, I can say this was a very loose theme in the show. Really kind of a catch phrase if anything. Basically, I felt these two themes had too much pay off for very little build up, making them fall a little flat.

A lot of the characters are throwaways, unfortunately.
Asuna is the one they really try to push. I understand her character and what they were going for, but I just don't think her backstory was great and I didn't find her likable enough either. Her connection with daichi and revelation at the end were really great though.
The two commanders are great. Showing their interactions with their kids and how it affects their job was handled well. They got a few more episodes than the others, but unfortunately the show just didn't dedicate much time to all of them, which really sucks.
Rui and the lab stuff was good comic relief, but not enough of it. Again.
I liked the bromance guys. But just not enough of it.
Hot-take: Daichi isn't that bad. But just like the other characters, he just doesn't get enough time to develop. There's a few moments where he really shines! But most of the time he just isn't that compelling. He just feels a little stiff sometimes. Like I said before he really needed more interaction with X.
Speaking of, X is pretty weird. Daichi just kind of accepts him and... We have to as well? Ok? There was a huge potential for him to just talk with Daichi about being an Ultra, other Ultras, etc. Lore could've been built. Hes a nice guy I suppose, but he's really not very deep for a Ultraman turned into data.

All of this is really unfortunate.
Because most of them had a lot of potential. I think more episodes would have really helped this show out.

Action was really fantastic. Lots of great angles with the camera, just felt really good and hefty for everything. Armors feel very lacking though. Design wise, a little too bulky and cumbersome so they just don't feel very intuitive or impactful in the show because they all feel like extra crap to hit the enemy with.
Exceed Fuckin' X. Beautiful suit. Fun sounds, and no armor to be found. It's really perfect because it eliminated having to have the armors be clunky every fight. Just a cool fun form.
Kaiju were also great. Wish there were more cyber kaiju and we got more use out of Gomora. Another concept I think they dropped the ball on. But overall, pretty ok.

But all in all, I think the show has pacing issues and doesn't expand on it's characters or concepts far enough to really be great. Which like I said, it's a huge shame because there was so much to work with here, and they kinda squandered it. I would say it's probably a solid 6/10. It isn't fantastic, but it has some really high moments from 10 onwards.

Dropped 22/22
UltraKamenAmazonz
0 people found this review helpful
Other reviews by this user
0
Jun 20, 2017
22 of 22 episodes seen
Dropped 0
Overall 1.0
Story 1.0
Acting/Cast 4.0
Music 1.0
Rewatch Value 1.5
As a long time fan who grew up on Ultraman, X is disappointing. Like Ginga and Ginga, X's effects are not amazing nor great nor good, cheaper, and relies too much on computer-generated effects compared to what Early Heisei Series(Tiga to Mebius and Zero) were. The Camera movement is Shaky as Hell and Kiyotaka Taguchi is the worst director. And like the Ginga series the story and moral lessons are not good. The Ginga Series and X are both the lowest on the ladder of Ultra Series quality, with Daikaiju (Ultra Galaxy Mega Monster Battle) being second worst.

The use of Gimmick toys as transformation items wastes a lot of time, Ultras are more Organic beings than Suits of Armor(Like Kamen Rider or Sentai) and They need to stick to simpler one-device items like they had before gimmicks like Beta capsule, Ultra Eye, Leo Ring,Spark Lens, Esplender, Etc.(Any Item before Ultra-Gimmicks)