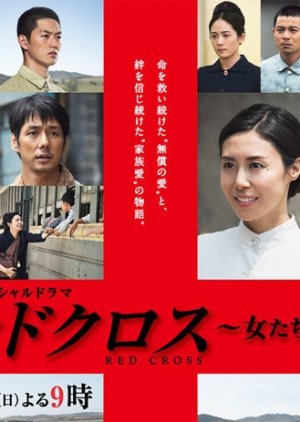 In Japan 70 years ago, there were women who set off for the battlefield of their own will. In 1931, Amano Kiyo, a student from Saga, has been inspired by a nurse who provided care for her mother, Kinue, who was once hospitalized, and that becomes her dream. Wanting to be of use to the country even though she is a female, she decides to be an army nurse. Kiyo goes through hard training and graduates from nursing school without a hitch. She receives the draft papers and goes across to Manchuria along with her junior, Mabuchi Haru and others as she is sent off by her grandfather, Daisuke, and mother. However, what awaits them is a harsh environment that exceeds expectations. It is far removed from the Red Cross’ conviction of the “spirit of benevolence”. They are in the line of fire and their lives always in danger. Every day is spent nursing so many injured soldiers that they are short-handed, and sleeping like a log. One day, Nakagawa Wataru of a Manchurian settlers community brings in injured people. One of them is his elder brother, Hikaru. The other patient is a Chinese called Sun. Kiyo persuades the military physician, Otake Hideyo, and provides Sun with medical treatment. But some incident leads to this matter being exposed by Lieutenant Colonel Kurahara, who is in charge of the hospital. After that, Kiyo, who has finished her 18-month stint, returns to Japan temporarily with some sense of purpose. She has fallen in love with Nakagawa and makes the decision to live in the settlers community. They get married and she then gives birth to their son, Hiroto. In the midst of their happy days, the war intensifies and they start to find themselves at the mercy of the times. Edit Translation 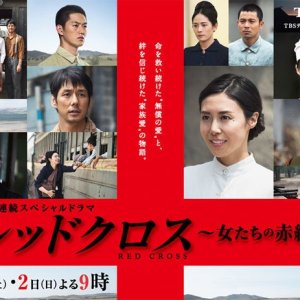 New Topic
Be the first to create a discussion for Red Cross: Onna Tachi no Akagami