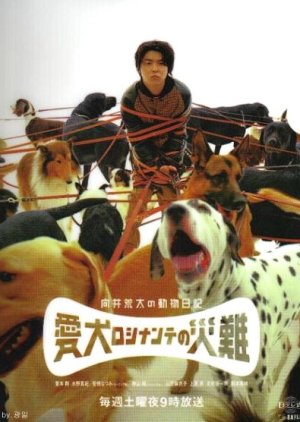 The star of the show is Rosinante, a lovable Labrador retriever, whose master, a commuter train conductor, dies while Rosinante is spending the night at the impromptu weekend dog hotel a veterinary professor has set up at the university to collect a little extra cash. With a touch of the loyal Hachiko in him, Rosinante greets all the passing trains his master used to ride. Such loyalty leads Domoto to adopt Rosinante even if it does mean getting thrown out of his apartment building and having to live in the girl's dorm. "Dear Diary, the dogs broke out of the veterinary clinic again today . . .", you would think was written by a person. Well, the whole story is in fact told by a dog, Rosinante, one of the inhabitants of a university veterinary clinic. Chief among his writings is happy-go-lucky yet hapless vet student, Mukai Arata, who is at bliss with animals. The question is, can Arata get along with his peers and professors as well as he can with the animals he cares for? Edit Translation 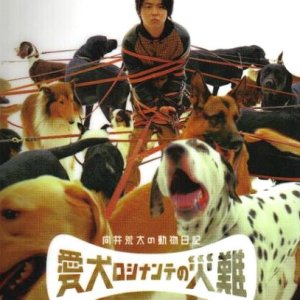 New Topic
Be the first to create a discussion for Mukai Arata no Doubutsu Nikki: Aiken Rosinante no Sainan