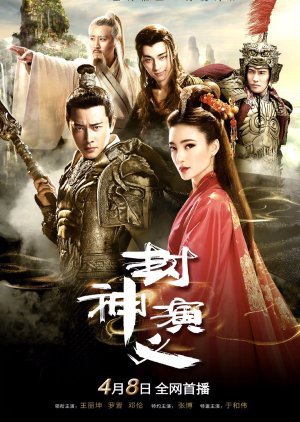 In the time of King Zhou of Shang, the Gods are mostly gone and the demons trouble the human world. The Primeval Lord of Heaven decides to use the war between the Zhou and Shang dynasties to choose a new generation of Gods to ascend the celestial realm. His sends his apprentices forth in search of righteous candidates: Jiang Zi Ya assists Ji Fa in governing his new empire Zhou dynasty, Shen Gong Bao infiltrates the Shang dynasty with Su Da Ji seducing the king to rack havoc on the world, and Yu Ding Zhen Ren helps Yang Jian, a human with a third eye, to achieve his potential. The outcome of selection lies in the fates of humans. Edit Translation 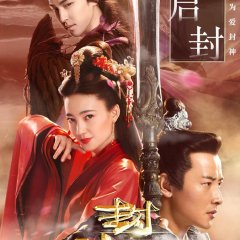 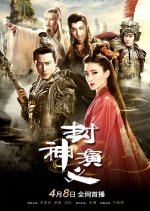 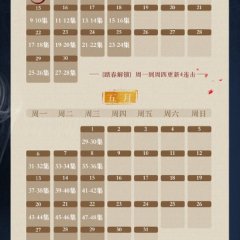 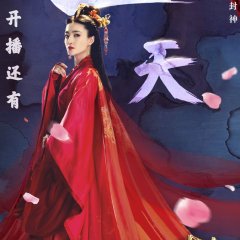 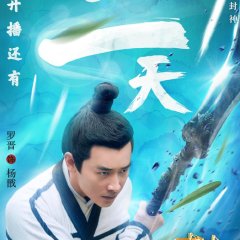 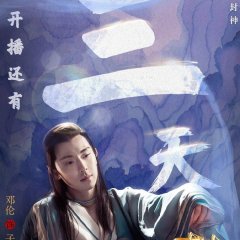 Even better than the real thing.

Investiture of the Gods is one of my less favorite Chinese classics because it is a lengthy, chaotic collection of Chinese myths and anecdotes involving gods and demons. It would not be easy to turn this tome into into a coherent and well-scripted drama with an engaging plot and proper character development. Impressively, this production pulls it off by making storyline a very, very loose adaption of the original novel. Most of the criticism highlights the plot changes and that it doesn't tell the whole story. That is absolutely fair but the end result is a vast improvement from other cheesy, incoherent and lengthy versions. As someone who is not attached to the original story-line, I am good with it.

Although released in 2019, this drama was shot in 2015 and has struggled with censorship - yeah even ancient uprisings/regime change is not a popular topic with the Chinese censors. Update: Initially only 56 of the intended 65 episodes were aired but at this point, all 65 episodes have been released. It is a quality production and the for early viewers, it is well worth going back to watch the last 10 episodes in full. The all-star cast includes Luo Jin, (a very young) Deng Lun, Wang Likun, Yu He Wei and Zhang Bo. They were awesome together and it was quite evident from the rapport between the characters that they had big fun filming this. It is obvious from the CGI, sets and costumes (albeit beautiful) that this is from an older vintage than the more polished 2019 releases but it also doesn't suffer from the excessive filler disease that is plaguing the latter.

The story recounts the reign of the evil King Zhou of the Shang dynasty (an early Chinese dynasty); a time during which allegedly both gods and demons still walked among man. He was a tyrannical and decadent ruler who inflicted great suffering on his subjects under the undue influence of his favorite consort Daji. Daji is said to have distracted him from affairs of the state and exhorted him to acts of great cruelty. Even the heavens intervened and Jiang Ziya was actually an immortal tasked to raise an army of heroes to defeat this evil king. Many lives were lost in King Zhou's overthrow and these heroes were memorialized as gods in popular folklore. The novel likely emerged as a romanticized account of their epic struggle where gods and demons fought alongside mortals on both sides of the conflict. The drama very broadly sticks to this overarching plot but is creative and loose with the details around how they got there.

Yang Jian (Luo Jin) is a half immortal child born with the Third Eye predestined to cause the down fall of King Zhou. Lord Su conceals and raises him in his household as his foster son alongside his daughter Daji (Wang Likun). The young Yang Jiang and his foster sister Daji, who is renown for her beauty and kindness, are in love. This is one of the major departures from the novel, where Daji and Yang Jian barely intersect. In order to save the lives of her family and their people, Daji forsakes all to enter the palace as a concubine but they are all slaughtered anyway. Grief stricken and vengeful, she vows to make King Zhou and his empire suffer. She sells her soul to the evil thousand year old fox spirit (Deng Lun) in exchange for his aid. Wang Likun's Daji was masterful from her transformation from an innocent young girl to the ravishing, cruel and manipulative temptress that brought down an empire. I was stricken at the barely concealed loathing and sadness in her eyes when she seduces her worst enemy; I prayed she could suppress the hatred and the evil that was consuming her; I was repelled by her indiscriminate and breathless cruelty. Throughout she has sad and angry eyes and she clings to the memory of the person she once was. I was wowed by her acting. The young and yet undiscovered Deng Lun pulled off the role of the evil fox spirit who is Daji's only confidante with great relish and panache. They had remarkable onscreen chemistry - as she lost her soul he found his when her cause became his. Even though Luo Jin is technically the male lead his role of loving Daji unconditionally from afar didn't leave much scope for character development. So Deng Lun stole his thunder a bit on this one.

While Daji's scenes are mostly quite intense, the rest of the drama is somewhat irreverent and littered with comic relief. Yu He Wei's Jiang Ziya is the glue that pulls everything together this character absolutely rocked! He is kind hearted, a bit goofy, naive and unambitious immortal that is banished to the mortal realm as punishment and is tasked with investing or martyring the gods. His mortal identity is as a hapless noodle seller with a terrifying termagant of a wife and a lovely daughter. He takes Yang Jiang and Jifa as his first disciples and together they gather the rest of the immortals as they prepare for their fated mission to topple a despot. While falling safely short of slapstick , the camaraderie between Jiang Ziya and his family and disciples had me howling with laughter. Although some the comic moments dragged a little bit at the end, it was very bearable. It makes such a difference to watch something with such a confident, experienced and well-rounded cast. Even the villains were well cast and really captured the spirit of their characters, especially the evil fox spirit and King Zhou. This was truly a fun drama to watch - it has good vs evil, gods, demons, some romance, some bromance, love, hate, friendship, honor, loyalty - it made me laugh as hard as it made me cry. I enjoyed this so much I kept putting off watching the last episode because I didn't want it to end. I am not sure why this drama didn't get higher ratings but I suspect it was some combination of the plot changes, that it looks a bit dated and the fact that there was a long gap before the last ten episodes were finally released. Undoubtedly the humanization of Daji may have also been controversial - after all Daji was one of the most bloodthirsty villains in Chinese history and literature.

Completed
Faang
5 people found this review helpful
Other reviews by this user
0
Feb 11, 2020
65 of 65 episodes seen
Completed 0
Overall 7.0
Story 5.0
Acting/Cast 9.0
Music 7.5
Rewatch Value 5.0
i just completed all 65 episodes with the help of the fast forward button as there’re too many fillers or silly or unnecessary scenes in all episodes. The storyline has too many confusing and unnecessary sub plots.

The acting from both of the leads was decent but I didn’t t feel much chemistry between them. The saving grace for this series was the relatively unknown Deng Lun at the time as his acting and screen presence made this drama more enjoyable to watch. His portrayal of the cold blooded Fox Demon Zixu is captivatingly graceful and gorgeous and i was mesmerised by his acting. Deng Lun was able to expresses the coldness of the character but at the same time ones can feel the deep love that he has hidden deep in his heart towards Daji.