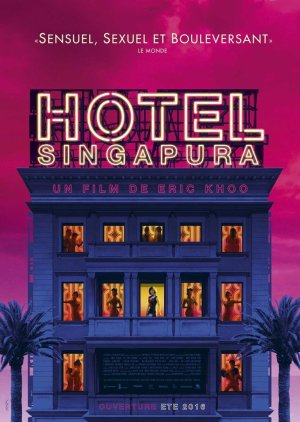 Marked as Singapore's first erotic film, this Hong Kong-Singaporean movie comprises six different stories of couples in a single-room brothel at a hotel in Singapore. Spread over several decades, the movie starts at the summit of the hotel's glory in the 40s, and ends as it falls into ruin in a near future. It's Imrah's first day as a maid at the Singapura Hotel. In the suite n°27, a pop band celebrates New Year's Eve. The singer, Damien, slightly melancholic, walks out of the room for a few moments and runs into Imrah in the hallway. During their brief but magnetic encounter, he jots down her name on a notepad for a future song. Years later, in the same room, a japanese woman lets go of her lover, a transvestite makes love for the last time as a man before her operation, an inexperienced korean boy watches the friend he has a crush on have sex with a stranger... And all the while, Imrah remembers Damien tenderly as she cleans the room that he idly haunts. Edit Translation 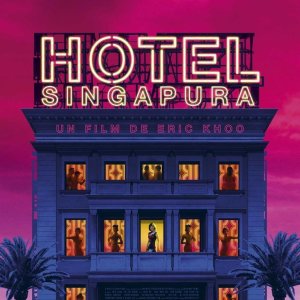 Completed
Senpai
0 people found this review helpful
Other reviews by this user
0
Dec 22, 2017
Completed 0
Overall 5.0
Story 5.0
Acting/Cast 7.0
Music 7.0
Rewatch Value 4.0
In  a nod to the film's past inspiration, "In the Room" was based on actual  facts, until shortly the hotel was demolished in Singapore, the setting  of director Khoo's film evolves into a shabby economic hotel as the  stories they unfold. The  film culminates in the "First Time" segment, possibly its darker story,  in which friends from South Korea, a virgin boy, Choi Woo-shik and a  sexually promiscuous girl Kim Kkobbi, share the same room with  surprising unpleasant consequences. Taken as a whole, the anthology offers subversive narratives, often melodramatic, that are plunged into sadness. The  director may not have found a convincing thesis to turn it into  something more than the sum of its parts, but there is no denying that  his film has inspired moments. For  all his sexually charged sequences, In the Room is really more about  the lingering sadness that results from the temporary encounters he  portrays.