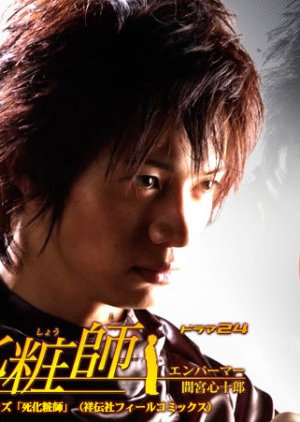 The hero, Mamiya Shinjuro, earned his embalmer's license in the United States, but for reasons that will probably be easier to understand once the series starts, he is working in a Tokyo hospital as a janitor. In the premiere episode, a friend of one of the nurse's is killed in an accident. The woman had just been made the principal soloist in a ballet company and was about to get married to the man of her dreams. The woman's fiancee, hearing of Mamiya's special skills, asks him to restore her corpse to the way she looked when she was alive. Edit Translation 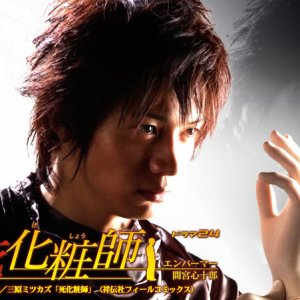 its a drama about embalming, which is extremely interesting because there are no dramas that are similar in the least bit.

i guess, one could say its like mixing a drama about ghosts and the deceased with a medical drama, but its SO MUCH MORE.

its so dark and eerie, but also has a lot of funny scenes.

Wada's acting is killer, and you can feel the emotions wrap themselves around you, pressuring your heart, strangling you even sometimes.

the cast is rele good, the development is rele shocking.

its interesting because there's an individual story per episode, but they all overlap in terms of mamiya's character.

its emotional, its dark, its eerie, its funny, it has romance

its one of the best dramas i have ever watched.

i recommend it to anyone who likes dramas like tokyo ghost trip or rh plus.

bonus! the opening song is one of my all time favorite theme songs >.<

BUT BE WARNED: this drama is rated for 18+ because it contains nudity in certain scenes.

New Topic
Be the first to create a discussion for Shigeshoshi