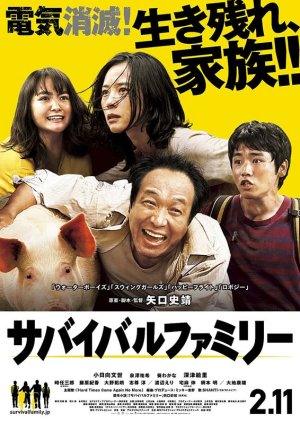 When a worldwide electrical outage occurs, everything that requires electricity comes to a stop. Yoshiyuki Suzuki decides to escape with his family from Tokyo, that is nearly ruined. Edit Translation 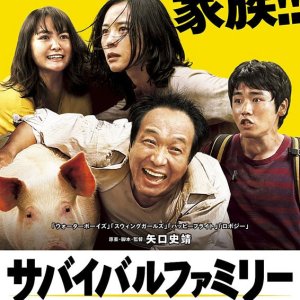 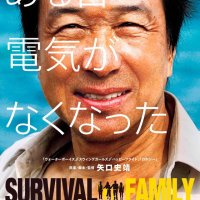 Completed
Senpai
5 people found this review helpful
Other reviews by this user
0
Oct 6, 2017
Completed 0
Overall 9.5
Story 10
Acting/Cast 9.5
Music 8.0
Rewatch Value 7.5
"The  Survival Family" is far from becoming a classic post-apocalyptic  post-war movie disaster, the story takes on the character of a strange  but genial movie at the same time. The family, driven by frustration and internal hostility, decides to  leave the megalopolis to reach the provincial towns, exactly where the  head of the family lives, because it seems that everything works there.
The  Suzuki family, repatriated in the Middle Ages where the exchange law  applies, gets four bicycles and begins the long voyage to Kagoshima by  the sea, with roads populated by refugees who are struggling hard to  walk and survive in chaos uncontrolled by the lack of electricity. "The Survival Family" tells the whole family journey but it is also an  opportunity not only to achieve salvation but also to strengthen weak  family ties.
Undoubtedly,  the point of departure of the narrative is interesting, we think for a  moment that really happens in such a situation anywhere in the world,  and also Yaguchi's choice to impress the movie that relies on comedy  deserves applause. What  frustrates him a little is that he is slow but inexorably back in good  tones of history, leaving aside the irony that would have given more  force and mass to the story. The journey as a rediscovery of oneself and the importance of family  ties that undergo a metamorphosis of the characters that, in the end,  has all the other face to the beginning is, a fundamental aspect of the
of the ecological theme, the return to a life simpler than that of the metropolis.
As  a whole, "Survival Family" is a movie that allows you to watch, it also  has moments of brilliant intelligence in popular jobs that appeal to  the general public, but the most tangible feeling is honest work without  infamy and no compliments but it is very worthwhile. 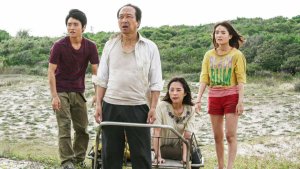