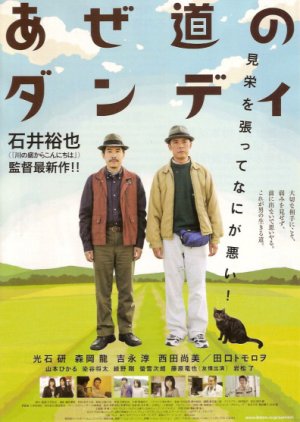 The film stars Ken Mitsuishi as a 50-year-old single father named Miyata Junichi. Back in junior high, Junichi was bullied and made a promise to himself that he would grow up to be really cool. Junichi has been raising his two children, an unemployed 19-year-old named Toshiya (Morioka Ryu) and an 18-year-old high school senior named Momoko (Yoshinaga Jun) on his own since his wife died of cancer 15 years earlier. He works extremely hard as a truck driver to buy whatever he thinks his kids want; and even though money is tight, he never lets it show. One day, Junichi feels ill and becomes obsessed with the idea that he may be dying of cancer like his wife. Convinced his life will soon be ending, he begins putting his affairs in order and borrows tuition money from his best friend and only confidant, Sanada (Taguchi Tomorowo). However, in his never-ending attempt to be a cool adult, he refuses to burden his children with any of his problems. Edit Translation 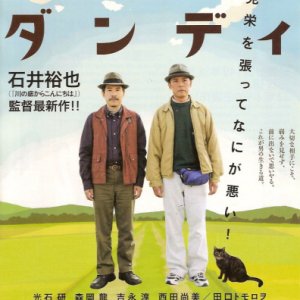 
A glimpse into the life of Miyata, a middle-aged father who can't, or doesn't know how to, talk about feelings. Stuck in a rut with the prejudices of his generation ("men don't cry"), he clumsily navigates his very few personal relationships... Insults followed by rough apologies, encouragement disguised as badmouthing, lies told to "protect" his children (but in reality those lies are to protect his own self-image). It's a simple story of a man learning to reconnect with his own emotions.

A working-class man living in a society built around the education industry/market, Miyata can't help but blame "the times" for his own situation. Working but never earning quite enough, he feels left behind in this world of "machines" and private universities, both symbols of the generational and emotional gaps between Miyata and his children.

Another major theme is "loss". The scenes involving Miyata's wife (his dream sequences, the tape player, his one-sided conversations with her...) show another side to his personality: affectionate, lonely, and deeply affected by the loss of his love. Sanada, Miyata's only friend, also experiences loss, but deals with it in a very different way. He serves as both a catalyst and a comfort while Miyata attempts to repair his rusty family bonds.

A quiet and contemplative film, showing an experience of life that doesn't so often get fair treatment in media. 10/10 for Mitsuishi Ken's performance. I felt everything, and now I have a different understanding of my own family relations.