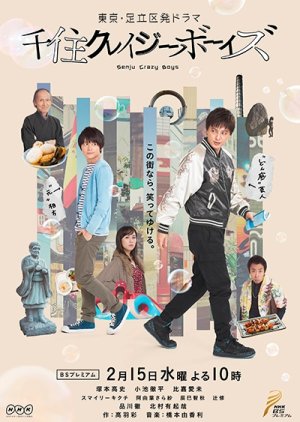 Tatsumura Keigo, a solo comedian around the age of 30, used to be a popular entertainer as one-half of the comic duo Crazy Boys but has been leading an unremarkable life after the Crazy Boys broke up and his popularity plummeted. He has depleted his savings and is even driven out of the house of a former female fan that he moved in with. One day, Keigo passes out after drowning his troubles in alcohol and gets to Adachi Ward where his former Crazy Boys partner, Saito Yuki, lives. He ends up bunking in at Yuki’s house in Senju. Yuki, who now makes school lunches at an elementary school for a living, is kind and popular with everyone and becomes an unexpected help to Keigo. In Seju, Keigo meets single mother Sashie Nobara who has just moved to Adachi Ward with her daughter Ichigo, former delinquent turned barber and town coordinator Nomachi Takuma, bath house owner Iwamaru Ryuji and other individualistic characters in the area. The very proud Keigo picks fights with the nosy and friendly people of Senju and keeps getting into trouble. However, as he comes into contact with their genuine, warm hearts, they teach him that sturdy resourcefulness is the secret to eating, laughing, connecting and living cheerfully and he begins to regain his passion for comedy despite initial resistance. (Source: jdramas) Edit Translation 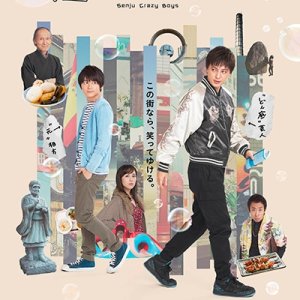