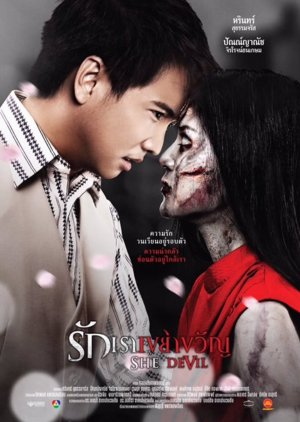 A husband discover a dark secret regarding his wife, she get possessed every day at the same time for few hours. Edit Translation 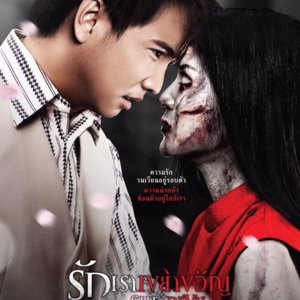 Completed
Senpai
1 people found this review helpful
Other reviews by this user
0
Aug 8, 2017
Completed 0
Overall 6.5
Story 7.0
Acting/Cast 7.5
Music 7.0
Rewatch Value 5.0
"She Devil" mixes terror, humor and horror that only Thais know how to produce, transforming it into a new subgenre that is not suitable for all audiences.
Thai horror movies either you love or you end up hating.
Woen last years chasing Ploy's love, after many efforts by the young couple end up marrying. On the wedding night Woen discovers a terrible secret, it seems that Ploy is marked by a curse. Woen will do everything in his power to save his beloved, from ...
Visually it works well in a few moments but eventually become repetitive and quite predictable when you have four or five scenes. As for humor, an important thing that happened, it's a junk of forced humor.
As for the cast, the two protagonists who carry the full weight of the plot, Harin Suthamjatas, who really is a singer, is not an attentive note. On the other hand, p. Panyanut Jirarottanakasem, who is also a bad leg with no film, performing a lot to be desired.
"She Devil," on her part horror works more is not good enough, a typical story of girl possessed by the evil spirit. In addition, a mood slant, is a normal somewhat histrionic thing without Thai cinema, but there is humor of histrionic quality and many moments. Generally speaking "if you are in hell then embrace the capeta", that is, without something to watch, watch this.