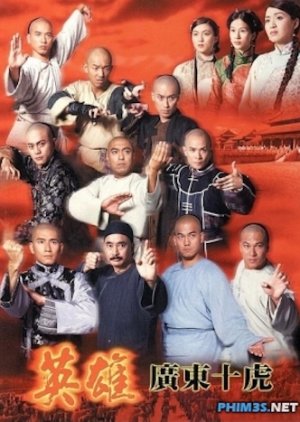 Ten Tigers of Guangdong is about a group of ten Chinese martial artists from Guangdong Province during the Qing dynasty in China. They were said to be the best fighters in southern China at the time. The Ten Tigers were Thit Kew Sam, Wong Yein Lam, Wong Khei Yin, Su Hak Fu, Su Hut Yee, Chow Thye, Tham Chai Wen, Wong Cheng Ho, Tit Chee Chan, and See Yu Leong. Thit Kew Sam was the foremost of the Ten Guangdong Tigers. Thit Kew Sam, which literally means "Iron Bridge Three", was his nickname because his arms were very powerful; his actual name was Leong Khuen. His internal force came mainly from his training of Thit Seen Khuen, or Iron Wire Set. Wong Yein Lam was a master of Hap Ka (Family of Knights) Kungfu. Hap Ka Kungfu originated from Lama Kungfu of Tibet, but had been modified and taught by Shaolin monks or lay masters. Wong Yein Lam's teacher was a Shaolin monk called Sheng Loong. Wong Khei Yin was a disciple of Luk Ah Choy and the father of Wong Fei Hoong. His was well known for his "no-shadow kicks". Su Hak Fu was a master of the Black Tiger Style. He was good at the tiger-claw. "Hak Fu" actually means "Black Tiger"; it is uncertain whether it was his real name or nickname. Su Hut Yee, which means Beggar Su, was originally rich but squandered away his money. He was a master of Hoong Ka Kungfu. He learned from Chan Fook, a monk from the southern Shaolin Monastery, and was probably the same Chan Fook who started my lineage from Uncle Righteousness. Chow Thye was well known for his staff, known as Tai Cho Chooi Wan Khun, or "Soul-Chasing Staff of the First Emperor". He shot to fame when he defeated an international boxing champion from France. Tham Chai Wen was known as "Three-Leg Tham" because of his three kicking techniques. They were tiger-tail kick, weeping-floor kick, and organ-seeking kick. Wong Cheng Ho was famous for his Iron Head. He learned his kungfu in a Guangdong temple from a monk belonging to the Shaolin tradition. Tit Chee Chan means "Iron Finger Chan"; his real name was unknown. Naturally, he was expert at the Iron Finger Art. See Yu Leong was known for the Red Sand Palm. This is an advanced Shaolin art using internal force which leaves a red mark on the skin of an opponent after being struck. Edit Translation 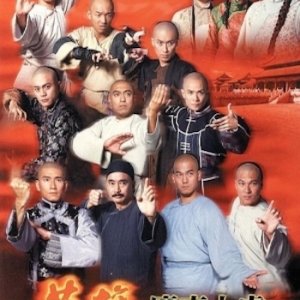