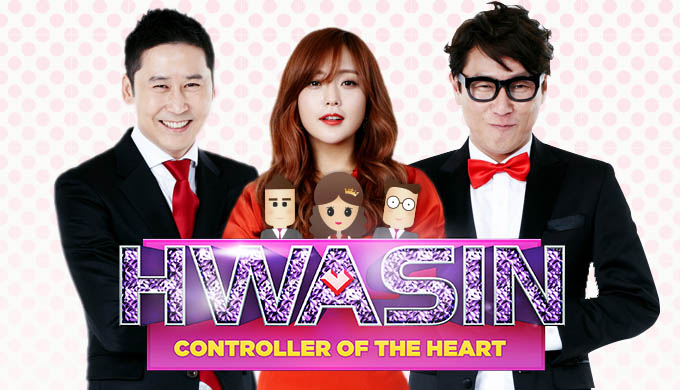 Episode 1-11 Every week, thousands of viewers respond to surveys asking about different lifestyle issues. The different topics are reenacted through sketches with the hosts and guests. The guests must guess the #1 answers of different generations of viewers (10s to 50s) or men and women in later episodes. Incorrect answers will be punished with a blast of air. Episode 12-26, 28-29 The format changes to a talk show focusing on people and life. New corners were created to emphasize the lives of people. A Line of Strength is a corner where guests bring a line (a meaningful saying or phrase) to explore ways of overcoming difficulties and hardships in life. Beginning with episode 13, Heard It As A Rumor became the second new corner which focuses on rumours of the guests. Episode 27, 30-31 A special live episode titled, The Hwashin Live (a parody of The Terror Live), aired with an experimental format featuring an all live broadcast with no editing. As the first live talk show to ever air on South Korean television, the format brought four guests each with a question they would like to ask the general public and discuss in the studio. Viewers could vote through SMS voting during the show, and the result would be shown on air. With no delay or editing, there is no margin for error as everything happening in the studio would be broadcast live, bringing a thrill to the live format. For episode 30, the show officially switched to an all-live format titled, Live Hwasin - Hot Potato. The format is similar to the experimental episode featuring questions asked to the general public and SMS voting. Questions are known as "Hot Potatoes", which are recent hot topics in society and are discussed by the hosts and guests in an effort to identify with viewers. The second part of the live program, Star Potato, is the same as the previous live format, where the guests ask the viewers a question. For episode 31, the show was simply titled, Live Hwashin, and followed a similar format to episode 27. Edit Translation 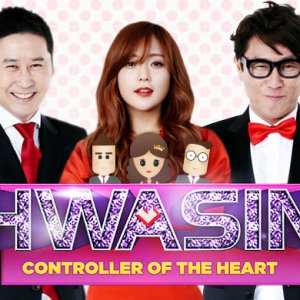 New Topic
Be the first to create a discussion for Hwasin: Controller of the Heart