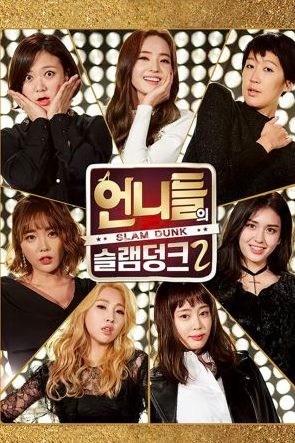 Season 2 of the program focused primarily on the girl group project, which was Min Hyo Rin's dream in season 1. The show followed seven members, Kang Ye Won, Han Chae Young, Hong Jin Young, Minzy and Jeon So Mi, with Kim Sook and Hong Jin Kyung returning, as they formed the second generation of "Unnies", produced by Kim Hyeong Seok (Park Jin Young's mentor). The fulfillment of each member's personal dreams has become the side projects of the program. The content of each episode chronicles the members progress towards releasing songs and training for their stage performance. Edit Translation 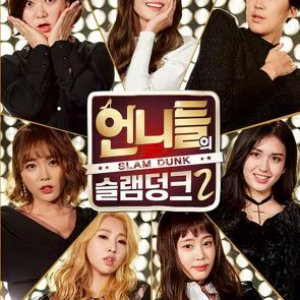 Write Review
Completed
Jiae Park
2 people found this review helpful
Other reviews by this user
0
Dec 9, 2017
16 of 16 episodes seen
Completed 0
Overall 10
Story 10
Acting/Cast 10
Music 10
Rewatch Value 10
Great show! It is a variety, but in many ways it is so much more. There are things for everyone such as comedy, emotion, and music, plus a great set of women working to achieve a great goal! Lots of different dynamics too, and shows sides to certain people that can't be seen anywhere else. For those who love Minzy, Hong Jinyoung, and or Somi, you will love all of the new things you will discover about and with them. Their vibe is very reminiscent of the girl group EXID, so if you are a LEGGO I would also recommend!
Was this review helpful to you?

Completed
Mei
0 people found this review helpful
Other reviews by this user
0
Jan 9, 2019
16 of 16 episodes seen
Completed 0
Overall 10
Story 10
Acting/Cast 10
Music 10
Rewatch Value 10
CAN THERE PLEASE BE A SEASON 3 WITH THE SAME MEMBERS!

This is my very first Korean variety show that I have ever started and finished (I literally just finished watching a few minutes ago) It was very refreshing compared to all the dramas that I have watched with their heavy romance and drama. Not to mention, Sister’s Slam Dunk Season 2 was hilarious and thoroughly entertaining! I laughed out loud AT LEAST ONCE in EVERY episode.

Months ago, I saw short clips from a few episodes on youtube and I loved it so much even though it didn’t make much sense (such as when they were shooting the music video and I didn’t know who the people were) so when I discovered that it was an actual show and watched all the episodes, everything made more sense and I was able to appreciate it more, I was so happy.

Also, I love the sound and visual effects and text on the screen it made everything 100x funnier.

When I saw the music video, my heart literally swelled, I was so proud of them because I know how hard they worked and saw how far they’ve come. The all grew together and became best friends. Their passion, dedication and the fact that they really tried was seen in their live performance on music bank, you can’t fake that. The whole time they were on Sister Slam Dunk Season 2, it wasn’t acting, it was their real personalities on screen and I loved them all!

I also love the teachers/ coaches and their genuine support for the Unnies and how they too spent so much time and effort into helping them. P.s I think the female dance teacher Hwayeong should totally debut. She is so nice and pretty and talented!!

Finally, the last episode was so touching and so heart warming. I already miss them.

New Topic
Be the first to create a discussion for Sisters Slam Dunk: Season 2