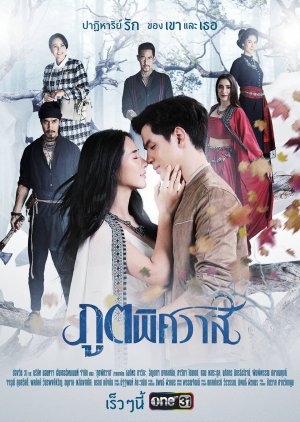 It's about a love story between a man and a female ghost/vampire. Dao is under the control of a monster. It uses her beauty to take blood from men who came to stay around that area. Marut helps her break away from the monster and takes her home. They fall in love, but his mom already has a girl set up for him. Edit Translation 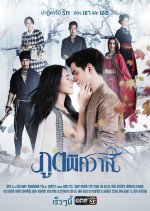 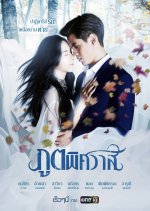 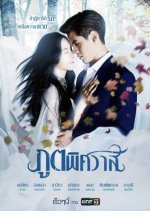 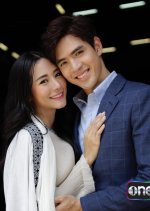 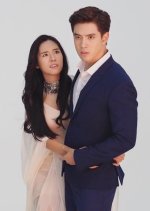 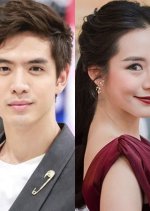 "I'll be with you until the sky ceases to exist!"

Brace yourselves, this is gonna be a long one!

The only thing more tragic than our female lead is the lack of attention this gem of a lakorn received. It's an atrocity, a devastation. Of course the subber bring an extremely unreliable person must have been the biggest issue however, regardless of that, this deserves so much love that it never got.

I'm currently in two different headspaces right now. Part of me wants to shout from the rooftops about how much I've fallen in love with this lakorn (this is a first) and the other half wants to selfishly keep this to myself, hold it close and protect it from the eyes of the world. With such internal conflict I write this review that I personally consider an honor of being the first person to do so.

I believe it's about time I do a review breakdown otherwise this will go on forever like a hastily penned love letter.

STORY:
While looking at the MDL page for Poot Pitsawat I realized that there seems to be an almost unending list of adaptations and now I know why Thailand loves it so much. It's a tale of timeless love and sacrifice, something you keep getting drawn to. While I haven't seen any of the past adaptations I'm completely floored by this one (in case that wasn't already apparent.)

When I chose to first watch this, I was in a bad mood because something I'd been looking forward to see turned out terribly. I hastily chose this one because I thought it would take my mind off of it and boy was I right. Poot Pitsawat consumed my life for three full days and I would have finished it in a single sitting were it not for real life responsibilities. While I regret not knowing about this sooner, I also absolutely do not regret it because I got to watch this drama fully subbed. I would have died if I had to wait for the subs to be released.

The writing and pacing was perhaps the most consistent I've ever seen in a lakorn. I'm a generally impatient person when it comes to watching stuff, I drop dramas left, right and center. Therefore, I was extremely apprehensive about the 24 episodes count and was mentally prepared to speed through filler content. To my chagrin, or should I say amazement, that never happened, not even once. I was enamored to the extent that I watched 24 episodes worth of opening and ending credits without skipping once. When the 20th episode rolled around the corner I got terrified thinking of the end being so near and wanting it to go on forever. There were of course, itty bitty faults here and there but my biased self shall choose to overlook them.

The story is orchestrated in a way that it has two very clear halves. One story ends at episode 12 and another begins, with a few ties from before to keep the connection tethered. It was beautifully executed, and beautifully delivered. I assure you the subtitles do little to help as they aren't the best there can be, however, the beauty of the story transcended those subs and I found myself understanding every syllable uttered, even though I don't speak a word of Thai. There were no great twists and turns in the plot, but they also weren't needed to be there.

ACTING/CAST:
Where do I even begin? With the leads? The supporting leads? The villain? Or the character I came to love the most? It feels impossible to discuss them all in one single review, here's a rapid fire account of the people who made up for this timeless tale:

Marut: This man is just the epitome of someone who would give up everything and I mean it, everything for his love. I was never a fan of Film Thanapat and prior to starting this I had been disappointed by a different lakorn of his. But here he just won me over. Charming, playful, passionate, intelligent and often needlessly stubborn Marut was the classic hero done beautifully well.

Dao: This girl deserves an award for being the nicest female lead ever and also being kinda badass in her own way. This by no means states that Dao was super strong, quite the contrary. She was a trusting soul, willing to forgive anyone for anything. However, the moments of strength that made her eyes sparkle and gave her a strange kind of invincibility were so beautiful to see and for this reason I have fallen head over heels for Bifern Anchasa.
Together these two were just the cutest pairing in the world. I laughed with them, I cried with them. At one point it stopped feeling like I was watching Marut and Dao but instead it was Film and Bifern. Just amazing chemistry.

Sae and P' In: I shall not comment in detail but their arc was the one that impacted me the most. These two were an older, mirrored version of our two main leads and their exchanges gave me some of the best quotes I have ever seen. Case in point the title of this review.

Prapat: Hands down my favourite character of the lakorn. It made sense for Marut to go out of his way to protect his woman but Prapat did the same for his bestfriend. I even found myself praying that he'd be safe after everything ended. A lead's friend having such an amazing arc is to me at least, a rare occurrence.

MUSIC:
Hauntingly beautiful. It was sweet and it was melancholic, just like the lakorn. There were two soundtracks for this and while both were amazing, one specifically stood out for its amazing vocals and equally beautiful lyrics. Koo Cheewit or Life Partner is the OST most consistently played in various iterations throughout the drama and not once did I find myself getting tired of it. In fact I fell more deeply in love with it after each listen.

REWATCH:
I will rewatch this. I most certainly will. Perhaps not in its entirety. Perhaps only for some fleeting moments of comfort but I'm certain I'll come back to this time and again. This never happens, I never rewatch anything but this was impactful enough to make me want to go back and keep going back.

Overall:
The physical form is but a fleeting existence, a temporary vessel. However, a heart full of love lasts forever. That is my takeaway from this lakorn that without a shadow of doubt has made a profound impact on me.

If you've made it this far, you're a legend. I may not know you but I'm sending you a virtual hug! xD