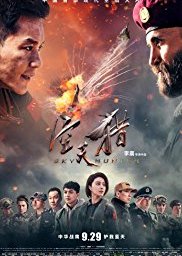 After graduating from flight school, a group of pilots join an elite military group. Edit Translation 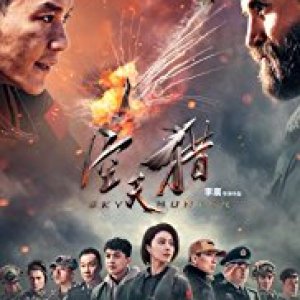 Completed
Senpai
3 people found this review helpful
Other reviews by this user
0
Dec 9, 2017
Completed 0
Overall 9.0
Story 8.5
Acting/Cast 9.0
Music 9.0
Rewatch Value 7.5
"Sky Hunter" is part of the great Chinese productions that confront the western giant.
The film is made up of great elements from its Hollywood counterparts. With more than a few "Top Gun" traits, and the best movie hits from an action sprinkler and aerial combat. Under the direction of Chen Li the film unquestionably shows the Chinese military power. The  story takes place during an international operation where Wu's friend  Liu Haochen is trapped in the middle of a terrorist plot and a hostage  crisis, and the only people who can stop him are the People's Liberation  Army ...
If  you pay close attention, the film is publicity, that is, there is a  strong connotation of propaganda as the story unfolds, however the  script is seize every opportunity to exalt the virtues of the Chinese  military. When  the fictional Western nation of the Mahbu Republic fails, possibly  because it is filled with an alarming number of Australian actors, it is  up to China to save the day. Of course, this is not surprising for a film that was made in collaboration with the PLA. Which means the film is staggeringly staged, having access to the latest aircraft and bases. PLA  fighter pilots were invited to perform some stunning stunts in the  film, and even the highly chase sequences in very good CGIs that are  creepy with the soundtrack in the background. Apart from all patriotism, it's also a pretty nice action movie. Systematically checking the elements, from big blasts to a blind pilot being taken back to base, to the annoying main pilot ...