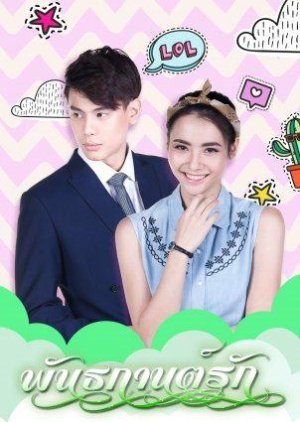 Panthakan, hi-so godlike, has the label of tragically handsome. Everywhere he appears, tragedy ensues. His looks and personality are complete opposites, no one can handle him, except his father. Panthakan doesn't care about anyone, anyway. His father pushes him out of his life so he can enjoy his new life, with new family. Panthakan believes that his step mother and her children weren't enough to come and take his father fortune, but now they have included her niece in this money sucking. Who did they think they were? Panthakan won't have it. The target is Prapai, the young girl who dares to defy him. Since this girl is defiant and knows no limits, he will punish her, or will punishment turn into something else? (Source: asianfuse.net) Edit Translation 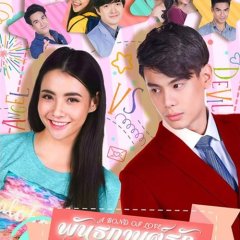 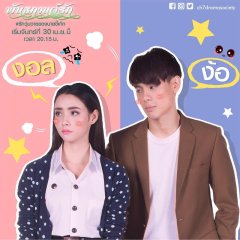 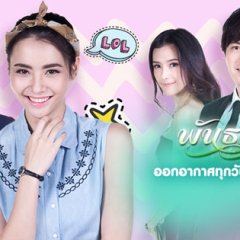 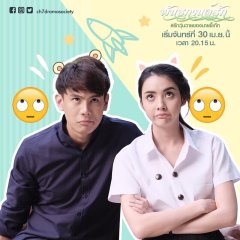 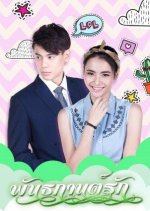 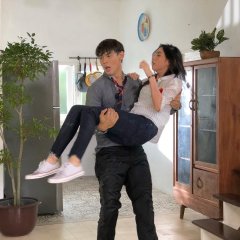 Completed
krisbias98
9 people found this review helpful
Other reviews by this user
0
Nov 7, 2018
14 of 14 episodes seen
Completed 0
Overall 7.0
Story 8.0
Acting/Cast 8.0
Music 7.0
Rewatch Value 6.0
This review may contain spoilers
So I literally binged watch this drama, and I'm so ever grateful to Neko Meow Meow for subbing this. Anyways, I picked up this drama because I literally had nothing to watch and I was waiting for my other dramas to be subbed & I'm glad I did that. Even though it is your typical "revenge; going to get back what belongs to me" type of drama it still has its own cool to it. If you are up for some really cheeky, fluffy stuff then this is for you, the cute stuff isn't overly cringe so you can still watch it.

Story:
Basically the pra'ek comes back from america to take back what he owns and meets nang ek and fall in love. What I love about it is that the nang ek isn't those weak female leads and she fights back and doesn't let the guy bully her. She stands up for herself and she later on stands up for the guy knowing that he is actually nice and not mean. The only thing I will say is that I felt like the ending was a bit rush but with already 14 episodes, it is a normal episodes ending for a thai drama, so no biggie like everything was already falling into places. Oh, and like the guy ends up having a brain tumor but after that one episode they never talk about it again so I feel like they should had cleared that up or unless they did but I wasn't paying attention. lmao.

Acting/Casting:
It was my first time watching the guy in a drama and I am happy with how he acted. Like I'm always scared to watch new actors/actress just in case they don't live up to the other actors but I mean you can't just judge them , like they are trying to build up their career. I've seen the girl act in other dramas so I have nothing to say. Their chemistry was good. Their playfulness and cheekiness complimented each other really well through out the drama.

Music:
To be honest I wasn't really paying attention to the songs, but there was a song that like stuck to my mind.

Rewatch Value:
Maybe yes if I have nothing to watch, but I tend not too.

Where to Watch:
Make sure to always thank these subber's hard work to provide for us :)
Neko Meow Meow
https://nekomeowmeow.com/panrak/

Completed
iiHateSnakeu
4 people found this review helpful
Other reviews by this user
2
Nov 15, 2018
14 of 14 episodes seen
Completed 2
Overall 10
Story 9.5
Acting/Cast 9.5
Music 9.5
Rewatch Value 10
THIS SERIES THOUGH! I saw a MV on YouTube for it and instantly wanted to watch it. I watched the whole series in one day.. 10\10!! I went in watching this series with very high hopes and wasn't let down. I would recommend watching this to everyone who likes love\hate relationships. The main male lead [would totally xxx] - was pretty good at acting as the bad guy. They chose the right actors for every character well. I was very happy with the ending of this series :D

- DarthVader
xxxxxxxx
Was this review helpful to you?
View all