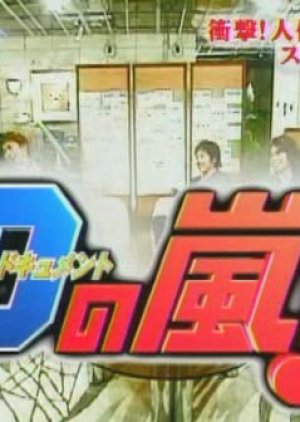 The show's theme was about at least one member acting as a reporter and document on different topics. Later in the show, the group would split into one MC and two teams of two to compete in a "Fool's Curiosity" competition, in which the teams try to pique a special guest's curiosity with unusual experiments or information. T no Arashi Sho Sakurai's corner. The "T" stands for "toukou", which means submissions in Japanese. Sakurai would introduce supposedly unbelievable pictures of things such as giant food or strange bus stops, submitted by viewers of the show. C no Arashi Different from their preceding show's theme, the "C" stood for "Contest" instead of "Claim". With themes such as person with the longest tongue or person who is most flexible, the Arashi members would watch each contestant demonstrate, for example, the length of their tongue or the degree of flexibility and vote for who they thought was the best. A no Arashi Masaki Aiba's corner. Aiba would propose, often pointless, experiments for the other members of Arashi to try out. Ni no Arashi Kazunari Ninomiya's corner. Ninomiya would pull pranks on the other members. M no Arashi Jun Matsumoto's corner. With the "M" standing for Mendokusai (めんどくさい Troublesome), Matsumoto would go to do troublesome jobs. O no Arashi Satoshi Ohno's corner. Ohno would randomly select two out of 100 photos and draw the two subjects together in one drawing using his own imagination. (Source: Wikipedia) Edit Translation 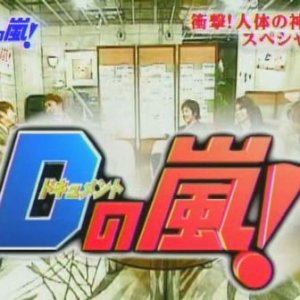