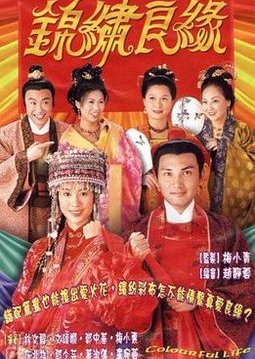 The Ching family is an affluent family that produces textiles for the royal family, the government officials and the army during the Tang Dynasty. On the day of Princess Man Sing wedding to the Tibetan Emperor, Lady Gwai, the Tang Emperor's favorite concubine, overhears the Ching's 3rd madam Sam Kam Hing insulting her to Ching's 2nd madam Sheung Goon Dan Fung because Lady Gwai was once the 2nd madam's personal maid. To insult the Ching's family gift to Princess Man Sing, Lady Gwai had the fabric laid on the floor as a carpet for Princess Man Sing to step on during her wedding ceremony. Seeing none of the Tibetan girls present at the ceremony being attractive, Lady Gwai suggest to the Tang Emperor that the Ching family take a Tibetan girl as their daughter-in-law to better relations with the new royal in-laws. Second Madam Ching could not refuse the request since the Tang Emperor had agreed to Lady Gwai's suggestion. The Ching's fourth son, Ching Chi Hin, had no choice but to accept the marriage arrangement since he was the only unwed Ching son. Dun Ju (Annie Man), the daughter of a Tibetan general, was chosen as the bride for the Ching family. Always seeking an adventure and new exploration, Dun Ju readily agrees to the marriage and brings her personal maid and good friend, Ah Yee Ma, with her. On her way to the Tang capital, Dun Ju meets Chi Hin not knowing he is her husband to be, the two get into an argument and misunderstanding because she thinks he's a theft who is trying to steal from her. On their wedding night when they find out they have married each other, they get in a fight and Dun Ju forces Chi Hin to sleep on the wooden bench in his study while she takes the bed for herself. The two remain in a loveless marriage, with Dun Ju wanting to return to Tibet and Chi Hin nicknaming her "stupid pig" because her name Dun Ju pronunciation sounds the same as "stupid pig" in Chinese. One day she runs into Luk Dung Jaun a Tibetan government official on the streets of the Tang capital. He tells her he is there on a secret mission and asks for her help, promising that he will take her back to Tibet once they have finished their mission. Their mission is to find the long-lost illegitimate son of the Tibetan Emperor. The clues to finding this person is a gold butterfly pendant, a piece of jade and a birthmark on the person's chest. (Source: Wikipedia) Edit Translation 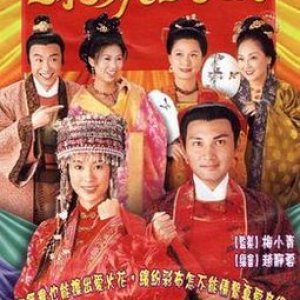