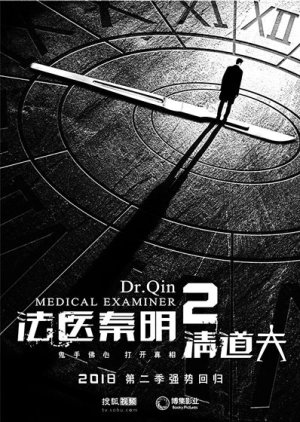 Season 2 of the popular webdrama Medical Examiner Dr. Qin. The new season will be lead by Liu Dong Qin as the genius forensic expert, Liu Chang as the rugged policeman and Yu Sha Sha as the trusty assistant. Edit Translation 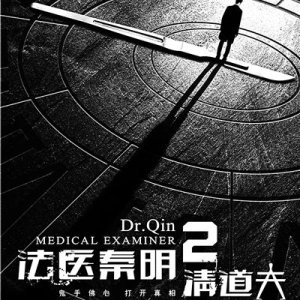 Completed
dmw6
0 people found this review helpful
Other reviews by this user
0
Aug 8, 2018
20 of 20 episodes seen
Completed 0
Overall 9.5
Story 10
Acting/Cast 8.5
Music 10
Rewatch Value 10
I actually liked this season better than the first. While I liked the cast on the first one (especially the main actress), and they all did a superb job, it was a little silly. Some of the stories were exaggerated and were hard to take seriously.

On this season, the story was far more serious, and flowed better. I did not like the main actress as much as the first, but she eventually grew on me.

The music was fantastic. I have been trying to find the theme song, but have been unsuccessful so far.

The main villain was also fantastic. He was perfect for the role, and did a superb job of both causing sympathy and being chillingly frightening at the same time.

I never submit reviews, but thought this one was worth it.

Was this review helpful to you?
Ongoing 4/20
Yeh Yu Ling
3 people found this review helpful
Other reviews by this user
0
Jun 18, 2018
4 of 20 episodes seen
Ongoing 0
Overall 1.0
Story 7.0
Acting/Cast 1.0
Music 1.0
Rewatch Value 1.0
It falls short of Season 1. The chemistry between the actors in Season 1 was amazing. The actor replacing Lin Tao is awful - there is no real acting but a lot of shallow pretending. And the actor replacing the originial Dr. Qin - was awfully awkward, stiff and cannot live up to the original spot on acting - which was a medical genius that is plagued by OCD behaviour and is aware of it; likes detailed perfection (shown in his suit tailing skills and fashion sense); is eccentric in behaviour and will always have a quirky sense of humour and will always act humanely. The acting of the new assistant Medical Examiner in Season 2 was horrible, shrill and silly - she ends up rushing to the interrogation room to scream and shout at a suspect? My conclusion? Plot-wise good but acting is awful and pales in comparison to the actors in Season 1. I think watching the latest "Talking Bones" is much better! Entertainment-wise ok but not gripping for me.

New Topic
Be the first to create a discussion for Medical Examiner Dr. Qin 2