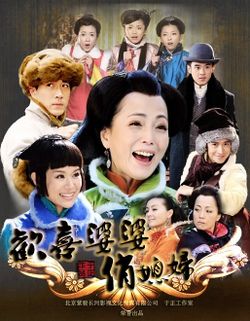 After her husband ran away with another woman, Ma Ling Long, the mother of three sons, had no choice but to start working as a match-maker to put food on the table. 20 years later, her three sons have all grown up to be young and handsome men, and all she wishes now is that they will find suitable wives to marry according to her conditions. But sometimes you don't always get what you wish for... For her kind-hearted eldest son Chang Sheng, she wishes he would marry a bright and capable girl. But instead he falls in love with the money-loving Qian Man Guan, who only thinks about money and marrying rich. For her extremely intelligent second son Chang Huan, all she wishes is that he would find a skilled and dignified girl from a good family. But he feel attracted to the simple-minded Dong Jin Yu, who often turns good intentions into bad situations. And for her youngest son Chang Jun, for whom she funded his studies aboard, she only hopes that he can bring glory to the ancestors and possibly marry a foreigner. But he had to marry the traditional girl Zhu Ba Jie, a childhood friend who is 3 years older than him and hasn't been able to get married for the eighth time in a row. With the three daughters-in-law also comes trouble. But with the help of Ling Long, they all slowly learn the importance of life, relationships and love. Edit Translation 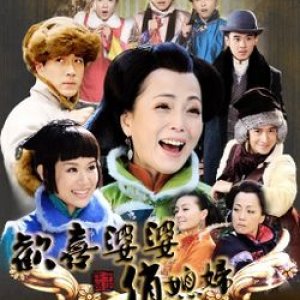 New Topic
Be the first to create a discussion for Happy Mother-In-Law, Pretty Daughter-In-Law