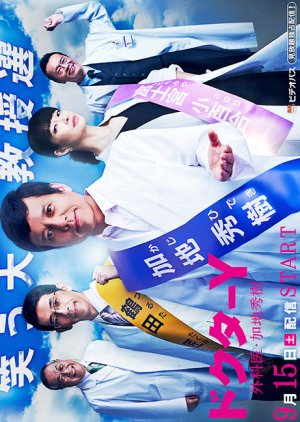 Surgeon Kaji Hideki, who was transferred to Teito Medical University’s Shizuoka 11th Branch Hospital, has a completely unexpected proposal made to him by hospital director Ito Shuichi. Ito wants to nominate Kaji to be a professor at the next election. While Kaji is exceedingly interested in money, he does not care for status and power. So he politely declines. However, three days later, Kaji becomes keenly aware of his mortality during a surgery. This makes him give more than a passing thought to his future. Kaji’s attitude quickly changes and he decides to come forward as a candidate. There is fortunately no rival in this election. He is promised the position of professor if he gets the votes of more than half of the seven professors. Kaji immediately receives strong financial backing from Shimizu Gonzo, a powerful man in the local financial community, and goes about garnering votes. But he gets into an unexpected predicament at the very beginning. While three people in Ito’s faction promise him votes, three people in deputy director Atami Masato’s faction express their disapproval. Kaji takes action to secure the last vote which does not belong to both factions in order to win the election. However, luckily or unluckily for him, the person holding this vote is Fujinomiya Sayuri, the youngest professor. She is called Shizuoka’s Ms Clean because of her integrity. Kaji tries to win her over but she is not swayed. Then, Kaji finds himself under increasing pressure. Atami has suddenly thrown his hat in the ring. And Tsuruta Takumi, a surgeon who came to the hospital with an illustrious background, is chosen as another candidate. He declares war against Kaji, vowing to do whatever it takes to become professor. (Source: jdramas.wordpress) Edit Translation 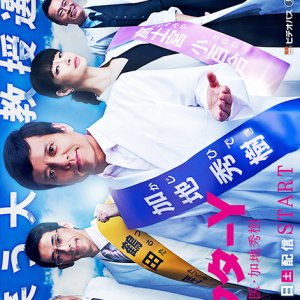