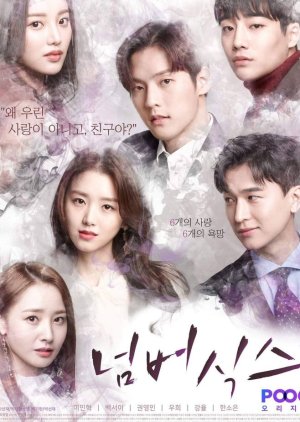 A melodrama about the stories of six friends, who each have their own secrets about love. (Source: Soompi) Edit Translation 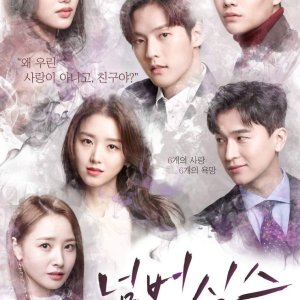 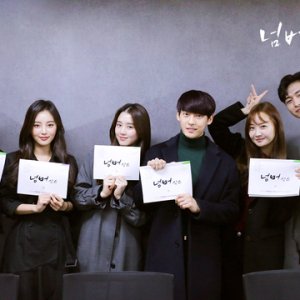 How did this manage to air?

So, in description it says that this is a melodrama even though it felt like a parody on love triangles, rectangles and shapes alike. Anyways, WHAT ON EARTH DID I WATCH?!

Story itself is crap. So is acting and music . This whole drama is crap. Excuse my language, but there is no way to describe this. What the hell were they thinking when they were deciding to air this? Who on Earth is picking the actors? WHO WROTE THIS?

Anyways, back to the overall review. Story is sloppy, describes the relationship of 6 weird people (lightly said) that could be much better developed but somehow someone decided to focus on most cliche thing to write about: love and friendship relationship of superficial and immature people emphasizing most hideous preconception how men and women can never really be friends. The only thing that was lacking, no one somehow thought about is a random ahjuma shouting, kicking and throwing a seaweed at the rich boyfriend/husband as an ultimate form of an insult to someone "who has everything".

Music that spreads through all episodes is mostly a typical melodrama instrumental. It annoys the shit out my brain nerves. Still can't believe what was I watching. There was no way I could take a scene or character for serious throughout the whole drama. Literally, if they shot each other in the very end, I would be cracking and spilling out my matcha tea all over my laptop. Again, if this was meant to be a parody - I would rate this whole thing with 5 stars. However it is not and someone put this seriously under melodramatic genre.

The only drama of recent date that could top the amount of crack someone was on while writing this would be - The Last Empress. There is literally no rewatch value and there is hardly any watch value.

Completed
NisceD
0 people found this review helpful
Other reviews by this user
0
6 days ago
8 of 8 episodes seen
Completed 0
Overall 4.5
Story 1.0
Acting/Cast 8.0
Music 8.0
Rewatch Value 1.0
I started watching for Lee Minhyuk, then almost left because of the abysmal story and characters and then stayed for the incredibly georgeous cast.

Can't believe somebody wrote that script and said: Yeah! Let's make it a Web Drama. Jesus. At least the acting was pretty good but even that couldn't save the awful script.

I had to laugh out loud numerous times because of the sheer ridiculousness of the characters (which are basically 4 assholes, one semi-asshole and Minhyuk, being somewhat normal) and their actions. The twists were straight from a Saturday Night Live Sketch and so predictable it wasn't even funny.
Poor actresses and actors, who had to act that out.