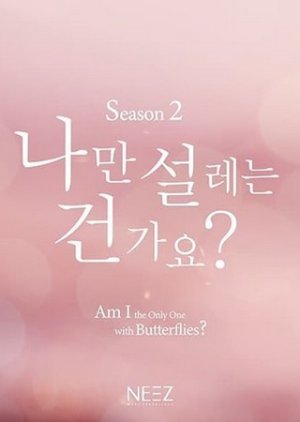 Lesbian web series Am I the Only One with Butterflies? Season 2 is a web content consisted of each five minutes of four episodes. Edit Translation 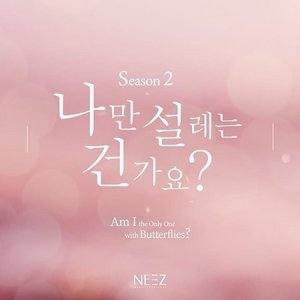 Completed
stayorbiting
1 people found this review helpful
Other reviews by this user
0
May 21, 2019
4 of 4 episodes seen
Completed 0
Overall 9.0
Story 8.5
Acting/Cast 8.0
Music 8.5
Rewatch Value 9.5
If you’re looking for a webseries that has a main character that is Lesbian, this show is for you!

I’ve waited for season two to come out and of course it’s amazing!! I bought the whole series on Vimeo and it’s affordable and definitely worth it.

You can tell that the channel, NEEZ has invested more in season 2 compared season 1. Which is an improvement as they placed English sub in each episode for it as well as the change in set. I’m glad there are finally more representation for the LGBT+ community on shows, especially if it’s international.

This webseries, is light hearted and tells a story about a woman, Jung-ah who has a crush on her manager who is called manager lee at her workplace. It’s relatable and makes you want to squeal every time both of them interact. I ship these two sooo hard!

It also doesn’t dwell too much about sexuality but focuses on the relationship that exist between these two characters. I really like how they portray that it’s the norm for Jung-ah to have a crush on her manager and doesn’t overdramatise it.

I hope in the future more channels like this create more LGBT+ related webseries/shows for people to watch as it creates hope for the younger generation that whatever sexuality they come into terms to, it’s okay for themselves to be who they are. As well as that there are shows they can watch and relate to.

Overall, it’s worth watching if you want to relate to someone who is having a crush on a woman who they think they can’t have but who knows actually...

New Topic
Be the first to create a discussion for Am I the Only One with Butterflies? Season 2