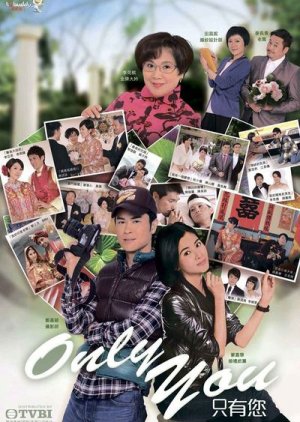 An unrelenting and boastful woman, Mandy (Yoyo Mung) wants to be a wedding planner after she gets the axe, simply for its simple job nature and attractive income. Sze-tim (Louise Lee), an expert in the trade and a person of principles, declines to take her as a student as she sees through Mandy's motive, but Mandy will not yield. She tries her best to please Sze-tim's younger brother, Sze-chai (Mak Cheung-ching) and his wife, Phoebe (Kristal Tin) who employ her as a coordinator in their bridal wear company. Mandy is determined to do something big in her career, but the appearance of photographer, Summer (Kevin Cheng) makes her rethink the meaning of life. Mandy and Summer have met all kinds of people at work, from couples in quarrel to couples in distress, neurotic brides to lovers with disabilities. Every couple has a unique love story to tell; in front of Mandy and Summer they exchange wedding vows in an atmosphere of beauty and serenity. Although Mandy and Summer love each other, their different outlook on life begins to tear them apart. Should lovers stand firm with principles or let go for love? Edit Translation 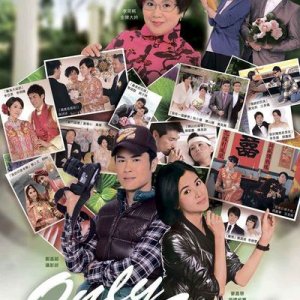 The show revolves around a group working at "Only You" wedding planning services. They have a traditional Chinese wedding planner Chong Sze-tim (Louise Lee) along with newly hired modern wedding planner Mandy (Yoyo Mung), wedding dress designer Phoebe (Krystal Tin), head photographer Summer (Kevin Cheng), and Only You's owner Chong Sze-chai (Evergreen Mak). Support positions include another photographer King (Chris Lai), receptionist (Meini Cheung), and cosmetician Yu Chi-keung (Sam Chan). The 30 episodes feature multiple story lines of different weddings they work, ranging from Mandy's brother's wedding to Louise's own daughter to even an Indo-Chinese wedding. The stories vary from comedic to heart warming , featuring a bevy of guest stars including Ruco Chan, Raymond Wong, Elena Kong and the list goes on. A long the way, characters face personal and relationship challenges with each other and their past.

A strong ensemble of veterans with newer actors in supporting roles. Everyone plays their parts well and the family & friends feel is strong. Krystal Tin plays the shrewd and demanding Phoebe extremely well. Strong performances from Yoyo Mung and Louise Lee, one exemplifying the "HK working professional female" and the other the "doting, sometimes overly, mother". Kevin Cheng doesn't have to stretch his acting muscles much in his role as the laissez-faire on the surface Summer. Evergreen Mak, fresh from his No Regrets Fei Fan Gor impact role , isn't given a lot of depth material to work with but as usual - gives a strong, solid performance.

It's not a dramatic master piece, let's be clear, but the show does a solid job as a family dramedy that isn't over-the-top silly like some of TVB's dramadies. The biggest positive for this show is the solid acting by a good ensemble of regular actors; along with the strong list of guest stars they were able to rope in.. Plot wise, at worse the stories were "interesting enough" and at best were heart warming or hilarious. Personal favorite plot line is the Indian Chinese wedding.