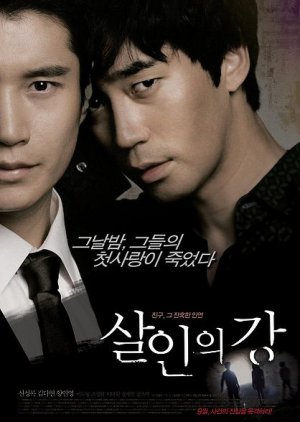 In 1985, Seung Ho and Dong Shik were best friends at the same middle school. They both have a crush on Myeong Hee, but she doesn't have the same feelings for either of them. One day, the two best friends make a bet to find out what's on Myeong Hee's mind. But, the next day, Myeong Hee is found dead and apparently raped. Police officers investigate and find Dong Shik's older brother Kyung Shik, who is mentally ill, as the prime suspect. Since that time, the relationship between Seung Ho and Dong Shik rapidly disintegrates. In 1991, Seung Ho, a college student activist, is imprisoned. While in prison, Seung Ho meets Kyung Shik, who is serving time for the murder of Myeong Hee. Seung Ho questions Kyung Shik about the murder, but Kyung Shik only repeats the same word. Suddenly, Kyung Shik kills himself. Because of Kyung Shik's death, Seung Ho and Dong Shik have an uncomfortable meeting. By 1998, and since the conviction of Kyung Shik as a murderer, Dong Shik's family is scattered. His older sister Jin Hee works as a prostitute in Seoul and is murdered. Seung Ho, now a prosecutor, takes the case and meets Dong Shik. Edit Translation 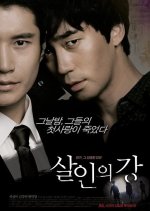 Completed
TheJ
6 people found this review helpful
Other reviews by this user
0
Nov 17, 2012
Completed 0
Overall 7.0
Story 7.0
Acting/Cast 9.0
Music 4.0
Rewatch Value 5.0
First off, I'd like to preface this by saying that the description on this site is so far off. I was expecting something completely different after reading it. So, if the description is what's keeping you from watching this, think it over again.

Now then, on to the review.

Story: The story...was incredibly confusing for the first half hour or so. I was just not sure what was going on. One thing would happen, and that would lead to a flashback, and then we'd be back to the present, but we aren't even sure if it's actually the present or what; seriously, it was confusing.

The speed with which it was told wasn't too horrible. It let's you kind of get used to what's happening before time jumping a few years and leaving you a little confused again.

The story itself isn't really much. Two friends like the same girl and that causes a rift between them that goes on for years. Nothing new.

Acting: The acting wasn't too bad. It was probably the best part of the movie, even if it wasn't that spectacular.

Kim Da Hyun, I feel, did an awesome job in his role. The same goes for Shin Sung Rok. The rest of the cast didn't really do much for me.

Music: Other than one song that seems to get played/sung a lot, I don't remember a single song or any of the music. As for the one song I do remember, I definitely disliked it.

Rewatch Value: I'm not really sure if I'd ever want to watch it again, but I figure I probably wouldn't say no if anybody ever asked me to watch it with them or something.

Overall: Unfortunately, I don't really have much to say about this movie. It didn't really leave a huge impact on me or anything. If you can get over the confusing parts of the movie though, I think you could probably enjoy this a lot more than I did.