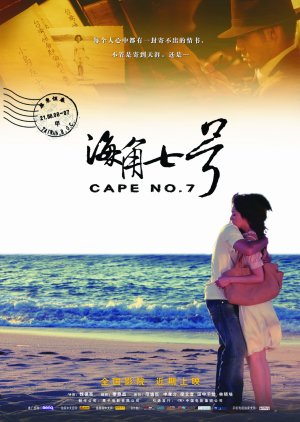 A 2008 Taiwanese romance comedic music-drama film written and directed by Wei Te Sheng, his first full-length motion picture. The film is in Taiwanese and Mandarin Chinese with significant lines in Japanese. Even without a strong promotional campaign, the film had become so popular in Taiwan that on November 1, 2008, it became the 2nd top-grossing film in the country's cinematic history, behind James Cameron's Titanic. In the 1940s, near the end of the Japanese era of Taiwan, an unnamed teacher dispatched to the southernmost town of Hengchun falls in love with a local girl with the Japanese name Tomoko. After the Surrender of Japan, the teacher is forced to return home. On his trip back, he pens seven love letters to express his regret for leaving Tomoko. More than 60 years after the teacher left Tomoko, Aga is introduced as a struggling young Hengchun-native rock band singer who could not find success in Taipei. After returning to his hometown, Aga comes across an undeliverable piece of mail that was supposed to be returned to the sender; the daughter of the now-deceased Japanese teacher has decided to mail the unsent love letters to Taiwan after discovering them. Aga unlawfully keeps and opens the package to discover its contents, but the old Japanese-style address Cape No. 7, Koushun District, Takao Prefecture can no longer be found. Meantime a local resort hotel inside nearby Kenting National Park is organizing a beach concert featuring Japanese pop singer Kousuke Atari, but Aga's stepfather makes use of his official position to insist that the opening band be composed of locals. Tomoko (Chie Tanaka), an over-the-hill Mandarin-speaking Japanese fashion model dispatched to Hengchun, is assigned the difficult task of managing this hastily assembled band, led by Aga along with six other locals of rather particular backgrounds. (Source: Wikipedia) Edit Translation 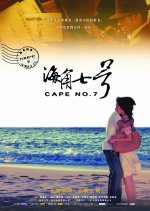 New Topic
Be the first to create a discussion for Cape No. 7 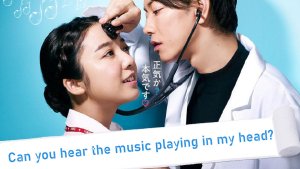