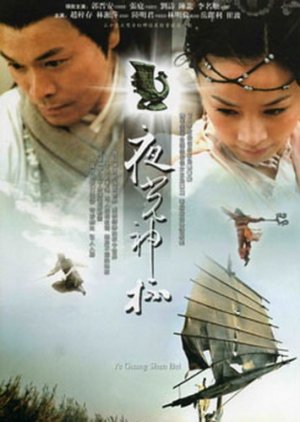 The story begins with the Goddess Nuwa subduing and imprisoning an evil Centipede spirit. The Chalice fairy tasked to guard the centipede spirit however, was careless, the centipede spirit escaped. As punishment, the Chalice spirit was banished to the mortal realm where she will have to grant three wishes to any mortal who puts water into her chalice for a thousand times. Edit Translation 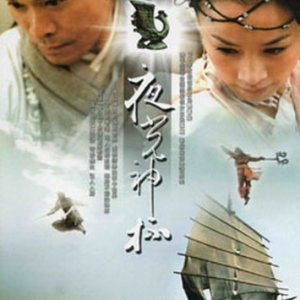 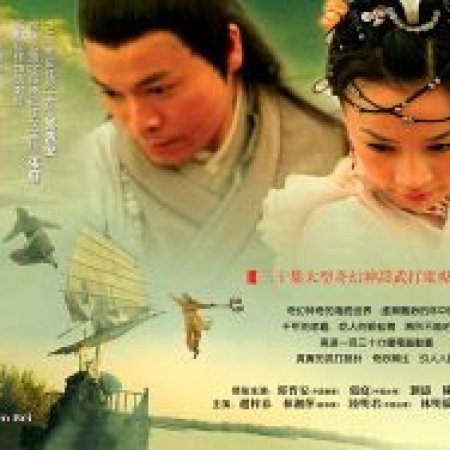 Completed
Noelleung
2 people found this review helpful
Other reviews by this user
0
Jul 14, 2019
30 of 30 episodes seen
Completed 0
Overall 10
Story 10
Acting/Cast 10
Music 10
Rewatch Value 10
This review may contain spoilers
This is a really cute show. Bao Bao is adorable (Yang Ba Mei from The Young Warriors). I love her playing smart with the fairy.

Roger Kwok:
Seen him in The Beauty Mermaid (really recommend) and Lotus Lantern. When I watch Fairy Of The Chalice I am already so familiar with him. His acting is great, although it still kind of reminds me of his past characters. His likeability comes off pretty high to me, he's not handsome but he always have that honest and nice vibe in him. He plays as Bao Bao's father and his wife is Liu Tao. His personal development in here is great, at the beginning he's like a cool daddy who isn't serious, but after his wife died or went missing, then he starts being a mature daddy.

His friend is Christopher Lee, who likes his wife but couldn't marry her because Roger is richer. But Roger's father stole the magic chalice from Chris's father, that's how his family got rich. After Chris found out, he turns evil because he wants the chalice and Liu Tao back.

I really love his chemistry with both Liu Tao and Zhang Ting. I can feel the love he gives to both women. I hate that he has 2 women, but they really got the right castings for this. Both ships are great, whether if it is Roger-Liu Tao or Roger-Zhang Ting. Love how he interacts with his daughter too, they are so cute together. His sidekick is also funny, they are one blastful team together. And that sidekick has a pretty girlfriend/wife too (Joelle), love their side of the story as well!


Liu Tao:
Fan of Liu Tao since HZGGIII. She is so beautiful and amazing as Zhou Er Huang in How Much Sorrow Do You Have? I was so quickly hook into Fairy Of The Chalice because of this big casts. Liu Tao is my all time favorite. She plays a mature and kind hearted mother and wife here. She only appears in the first few episodes and last few episodes, but I wouldn't say her role is small at all. She went missing in the middle of the drama, everybody thought she died but she actually came back at the end. While she is missing, it never really felt that she was gone. She continues to foreshadow everyone's lives in the show, and they never forget about her.

Zhang Ting (fairy):
Zhang Ting looks a bit old to me (looks a little like Ruby Lin), but she would always slay these cute roles. I really like this actress from The Switch (Must watch). Her character is usually bubbly and silly like this in all her dramas, I can name them all. I like both Liu Tao and Zhang Ting equally. Zhang Ting is playful and naughty while Liu Tao is smart and mature.
Zhang Ting is a fairy inside the chalice, like the genie from Aladdin, she must serve 1000 masters and grant each of them 3 wishes. She is funny to me. I love how she tries to make her masters finish off their 3 wishes asap, they all just want to keep her forever and ever. Lots of the comedy comes from her and Bao Bao, they are very cute together too.

Christopher Lee:
I like this guy very much, from Madame White Snake with my favorite actress Fann Wong. They both starred as Yang Guo and Xiao Long Nu too and got married in real life. Again, so many great castings in this show!
Chris plays the bad guy in this show, his acting is great and sometimes I hate him. Liu Tao is definitely that girl who is worth wanting to fight for, cannot blame him about that.
The actress for Yan Hong is very pretty, she's very good at acting too, she plays his second love interest. Their side of the story is interesting as well, or at a minimal of not boring at all.

Chen Long:
Chen Long is the hottie in here! This dude is handsome!!! He's hot too, I think he's very muscular. Usually he gets all the bad roles in most dramas, but I always liked him a lot. I tried to watch him in Patriotic Knight (wasn't my cup of tea), sadly I think that was his only main role. His role in here is very cute, he's nice and innocent, the best BF anyone would ever want the way he treats the princess. The princess is very cute and pretty, she too, also gets the bad and annoying roles in most of her dramas. She can be a bit annoying in this show.

Overall I love this show, 10/10. The OST isn't memorable or super amazing, but I really like the way they edit the background music in all the scenes and make them flow nicely together. All the chemistry will be fun and enjoyable, the pace of this drama is fast and interesting at all time. This is my favorite classic.